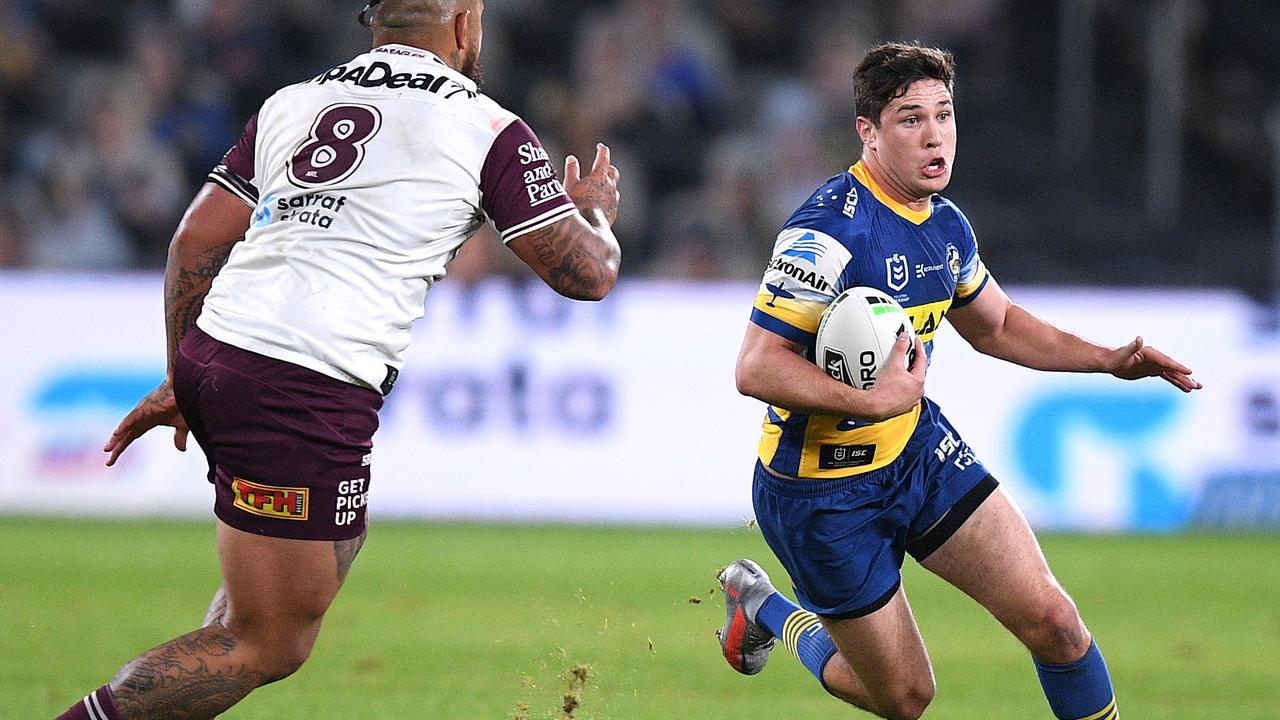 The Eels fended off offers from rival clubs to re-sign Moses on a lucrative three-year deal until the end of the 2024 season.

The goalkicking playmaker joined Parramatta in the middle of 2017 and has played a big part in the transformation of the team in recent years.

He had an outstanding 2019 season, earning him the prestigious Ken Thornett Medal as the Eels’ player of the year while also being awarded the Dally M halfback of the year.

“We are excited that Mitch will continue to lead our squad in the coming years as we aim for a premiership,” O’Neill said.

“I would like to congratulate him on his new deal, which is exciting news for everyone at the club, in particular our members and fans.

“He is an integral part of the team, he is in career-best form and has developed not only as a player but as a leader as well.”

In another boost, Parramatta also exercised Matterson’s option for the 2022 NRL season.

It comes after the forward’s manager circulated an email earlier this year asking interested clubs to come forward.

Matterson’s representatives had contacted rival clubs about the boom backrower, who has a player option in his contract next season.

Thankfully, for Parramatta, the former Tigers and Roosters forward opted to take up his player option to remain at the Eels until at least the end of next season.

The 26-year-old is only in his second year at the Eels, having departed the Wests Tigers in challenging circumstances at the end of the 2019 season.

“Ryan is also part of our player leadership group and he has played over 100 NRL matches,” he said.

“He is adding great value both on and off the field.”