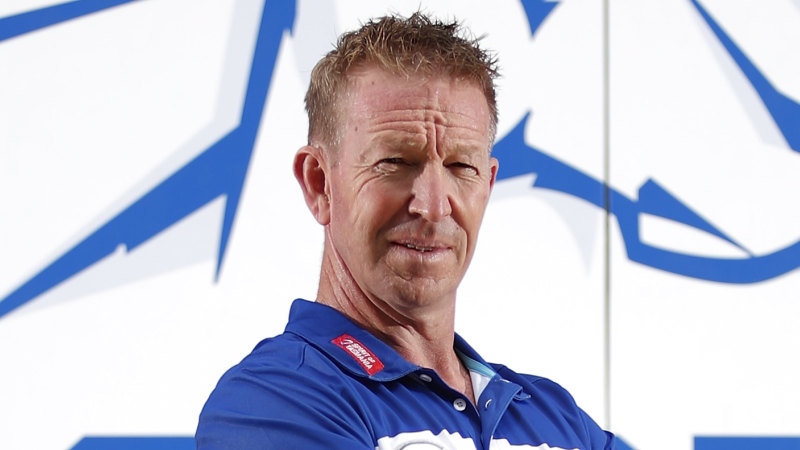 New North Melbourne coach David Noble has drawn on the performance of world No. 4 tennis player Dominic Thiem to educate and inspire the Kangaroos ahead of his first season at the helm.

Roos midfielder Dom Tyson, for whom Noble is a fourth senior coach in as many years, said the former Brisbane Lions football department chief had taken a holistic view to his post at North, while also empowering players. 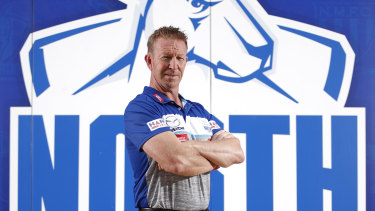 “I really like the way he goes about it. He brings a holistic approach to the footy department. He’s super calm and measured. He’s a little bit philosophical in a way, he likes a few quotes, likes referencing other sports and journeys of other sportsmen. He puts a lot of trust back on the players. It resonates really well with me,” Tyson said.

“He loves cycling, there’s been a bit about cyclists there. He was super impressed with Dominic Thiem the other day, his five-set comeback against [Nick] Kyrgios [at the Australian Open] was something we touched on. A few quotes from leadership gurus, university professors.”

Noble has also been on board with the plans to manage Tyson, 27, as he looks to break through after a frustrating first couple of seasons at Arden Street.

Traded from Melbourne at the end of 2018, Tyson played North’s first three AFL matches of 2019 under Brad Scott before being dropped. Tyson then strained his calf the next week in the VFL, with a tendon issue lingering until late in the season. He got back for the second last VFL match of the season only to dislocate his shoulder, requiring a full shoulder reconstruction.

He worked his way back to full fitness early in 2020 but then sustained another tendon injury in that left calf in mid-June. He tried to get back for the late part of the season before the plug was pulled towards the end of North’s ill-fated hub stint.

But Tyson, who was runner-up in Melbourne’s best and fairest in 2014, feels he is at last over his problems and in line to take on St Kilda in a practice match later this week. He has been training fully with the Roos’ main group on Mondays and Fridays but has been on a modified program on Wednesdays to aid with the calf concerns. He’s also been doing pilates, spending time in the ocean and getting treatment outside the club.

“In a good spot at the moment. I’ve finally had a consistent run at training,” Tyson said.

“I’ve got a pretty strict program in place. It’s been working well, so it’s given me an opportunity to at least get to the start line this year.” 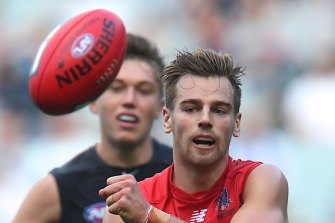 Dom Tyson as a Demon.Credit:Pat Scala

Despite the challenges of his last couple of seasons, Tyson says he has remained upbeat.

“I’ve always had that ‘what’s next, what can I do right now?’ approach. I’ve sort of stuck my teeth into a few things off-field as well, which has given me great balance,” he said.

He used 2020 to move his golf apparel brand Clutch & Co from a “hobby business” to something more serious, and also finished a commerce degree.

As he enters the final year of his contract, Tyson said he is determined to prove that his recruitment was not a bust. Renowned as an inside midfielder, he has been spending some time on the wing and at half-back and is open to playing anywhere if it means regular senior football. 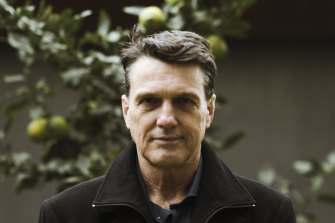 “I’m still super motivated to play some good footy for the North Melbourne Football Club. It hasn’t sat well with me that I haven’t really exposed myself to other players and fans and the coaches. I’ve got that inner drive, I want to get back to my best footy.”

He has also been reunited with former Melbourne coach Paul Roos, who has joined North in a mentoring role.

“Been good to have a familiar face back in at the club for me. He’s calm and measured as well. I think he’ll be a great link,” he said. 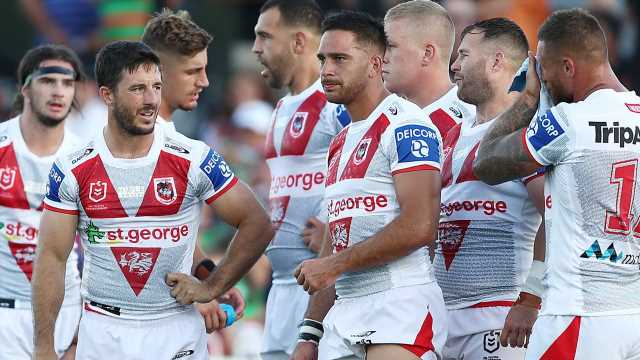