Richmond have determined that no best and fairest was awarded to club legend Jack Dyer in 1932 after an investigation by their history and tradition committee found that before 1940 the club actually awarded just seven best-and-fairest awards.

Tigers vice-president and premiership player Emmett Dunne conducted the investigation to verify whether best-and-fairest awards were in fact presented in seasons prior to 1940 and only found evidence confirming awards were made in 1928, 1929, 1930, 1935, 1937, 1938 and 1939. 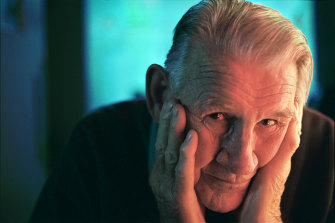 In a club statement the Tigers said: "The investigation included a review of annual reports, media reports from each season and discussions with the next of kin of relevant players in an attempt to locate trophies or other memorabilia that might verify the presentation of a best-and-fairest award in those seasons.

"The investigation was unable to confirm that the club had declared best-and-fairest winners for a number of years and the board has subsequently determined that club records be amended accordingly."

Gale said the decision was only made to maintain the integrity of the club's historical records and no one on the board took any pleasure out of the realisation that those best and fairests could not be verified.

"This has been an exhaustive process that has involved a forensic examination of our history," Gale said. "Where possible we have spoken to families of the players affected to ensure we have explored every avenue possible to confirm the award or otherwise.

"Ultimately the integrity of our historical records is paramount and as such the board took the view that these amendments should be made.

"The players affected will always be an important part of this club’s history but the fact remains that in most of these years there was no best and fairest awarded. Previously, some assumptions about best and fairest winners were made retrospectively that the board did not believe reasonable.

"It is important to stress that the club is not taking away these awards but that it has not been able to confirm that best-and-fairest awards were made in these years.

"Naturally if any evidence comes to light to suggest these awards be reinstated the board would consider those cases, but based on the work done and the information available, we believe these records need to be amended."

Jack Dyer's son Jack Dyer jnr told Seven he was disappointed with the decision but Gale said family members of the other players affected have accepted the evidence shows no awards were made.