The Penrith Panthers have continued on their undefeated run in 2021 with a 24-6 win over the Newcastle Knights in Penrith but a strange moment has reopened recently closed wounds.

The Panthers have been labelled “cocky” and “arrogant” since their 30-10 win over the Canberra Raiders in round five and have tried to shake it off.

Having had to answer — and dodge — questions about their actions.

The side is packed with homegrown youngsters who have come through the local system, winning competitions all the way.

Now they’re in first grade, they’ve been told to cool their jets and act more proper.

But their second try against the Knights has shown the constant criticism is in their heads.

The side scored through Matt Burton in the 18th minute when five-eighth Jerome Luai hit the centre with a short ball on the fifth tackle to put him through a gap untouched for the Panthers to take a 10-0 lead.

But as he rounded the dead ball line to score closer to the posts for his goalkicker, Burton had a strange moment when he pulled out of a swan dive to put the ball down. 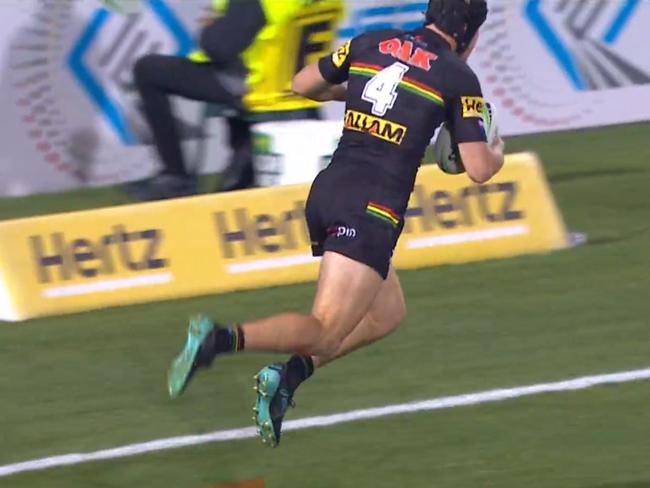 Matt Burton bailed out of the big swan dive.Source:FOX SPORTS

It didn’t escape Fox League commentator Andrew Voss who saw the jump before he grounded it.

After watching the replay again, Voss confirmed what he saw.

“He looked like he was about to take off,” Voss said. “Watch this again. He thought ‘no no, it’s too early in the game, remember we’re not arrogant, we just score the try.’

“He was going to launch and then made it a more conventional try.”

Not sure about that dive from Burton 😂😂
Did his boot get a little stuck ? @PenrithPanthers#NRLPanthersKnights

If Voss is right, it’s clear the Panthers are trying to shed the “arrogant” tag after last week’s game.

Burton scored in the thriller against the Broncos and instead of the normal exuberant pile on, Burton calmly shook hands with his teammates to celebrate in the most low-key way possible.

They even practised it through the week. The brilliant reaction from the Panthers last week.Source:Getty Images

However, the Panthers fans are lucky it hasn’t stopped their roll in 2021, having opened the season with seven straight wins.

The 24-6 win came after the Panthers were unable to find the killer punch for much of the second half, despite looking the much more dangerous side.

With five minutes remaining, winger Brian To’o dived for the corner in a spectacular finish as he somersaulted into the grounding.

Sideline reporter Lara Pitt said To’o’s family were at the ground and his mother was speaking to a ground of Panthers fans about the “arrogant” tag.

Her response? “Not my son, he’s just having fun out there with his mates,” Pitt told the coverage. 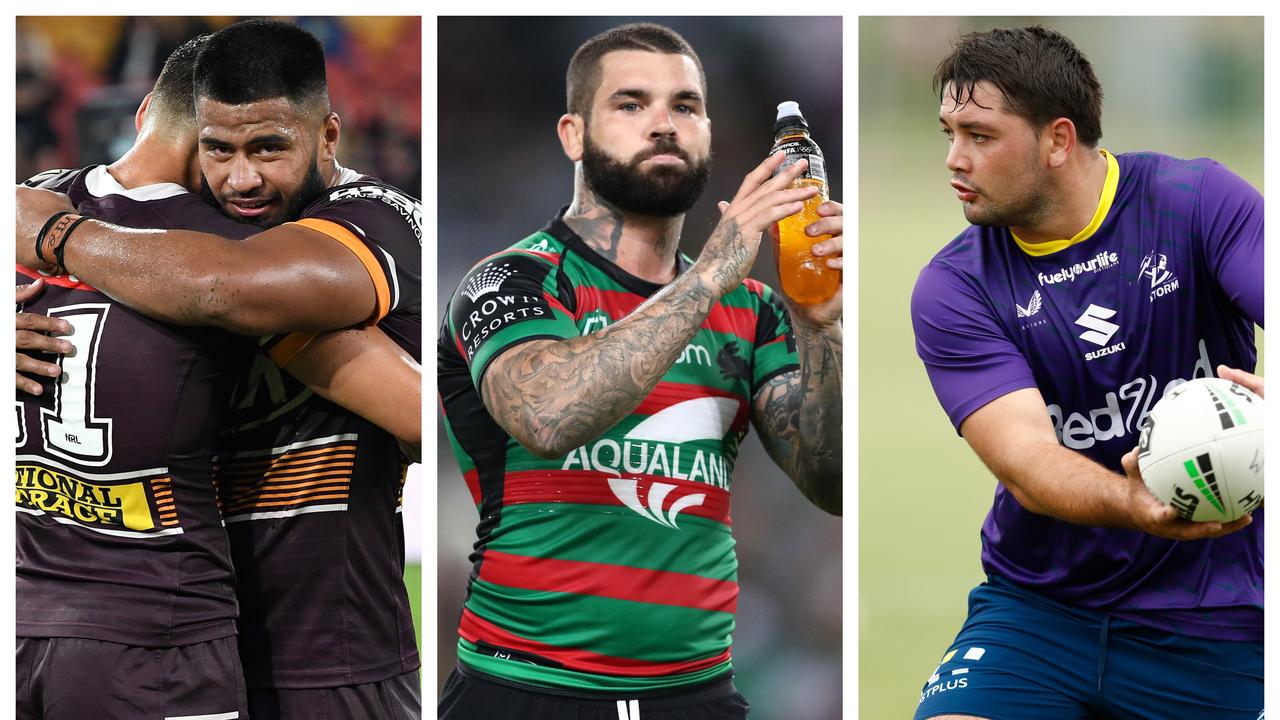 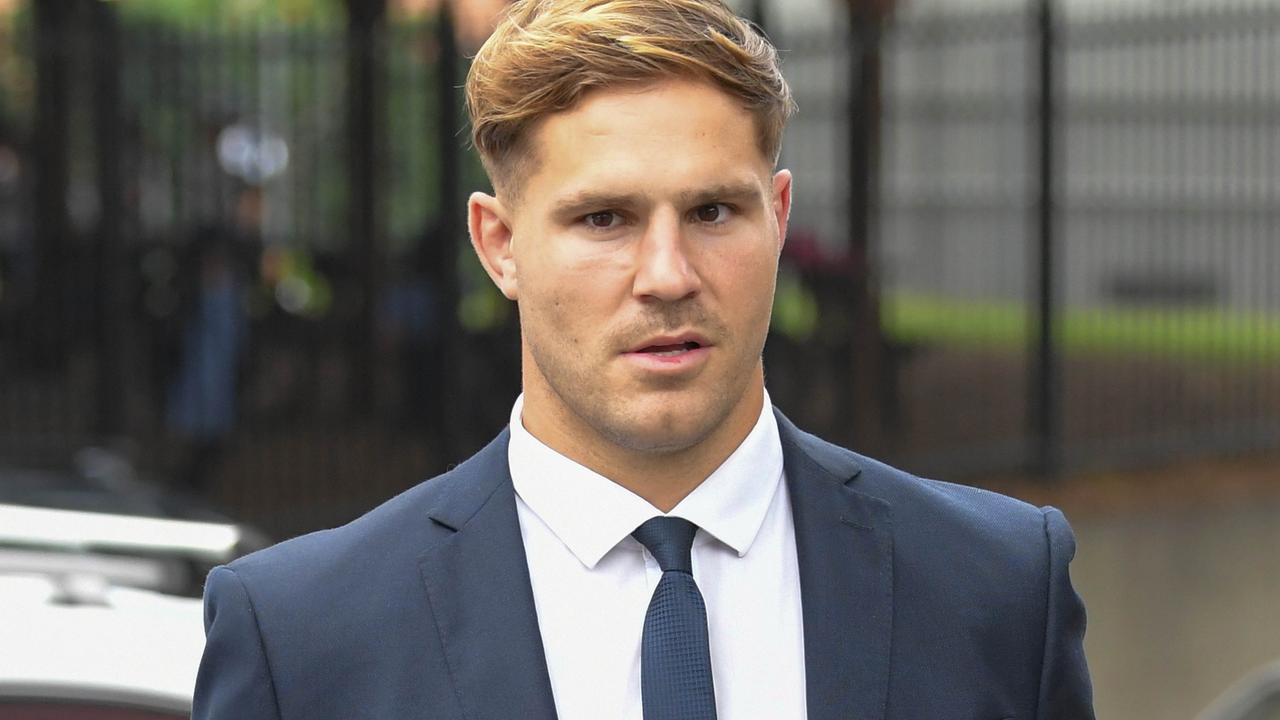