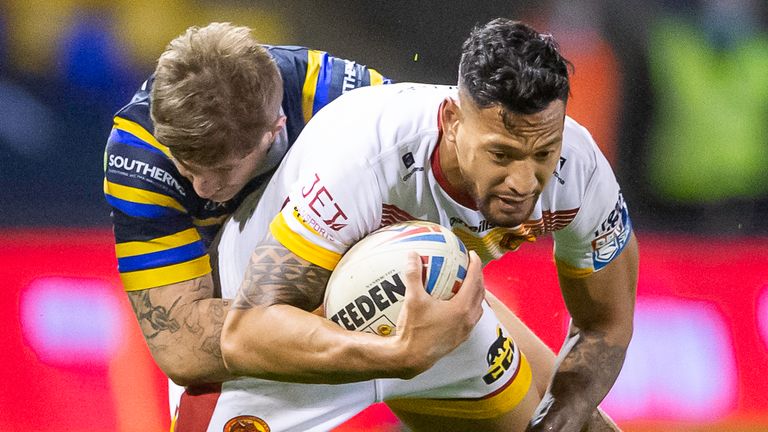 Catalans Dragons secured their place in the semi-finals of the Super League play-offs as they heled off a determined effort from Leeds Rhinos to triumph 26-14 on Friday.

The Dragons made a flying start and were 12 points in front with barely nine minutes gone thanks to early converted tries from Tom Davies and Samisoni Langi, and a further score from Israel Folau put them 18-6 up at the break.

The Rhinos were not helped by losing Ava Seumanufagai and Mikolaj Oledzki to head injuries either, but tries from Liam Sutcliffe and Konrad Hurrell after the break kept them in the match. However, David Mead’s opportunist try and the kicking of James Maloney saw the French side through.