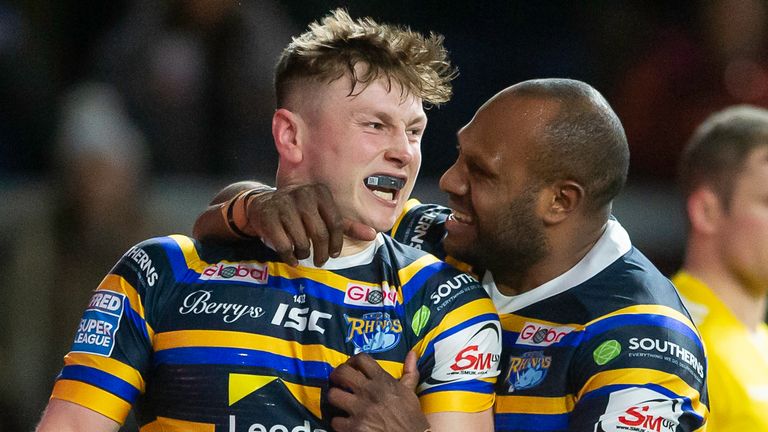 The Super League encounter saw the hosts run in 10 tries in total, with Luke Gale kicking eight conversions on a night when he captained his hometown club.

Former Castleford Tigers scrum-half Gale stepped in as third-choice skipper in the absence of injured back rowers Stevie Ward and Rhyse Martin, and led the Rhinos to their first victory of the 2020 season. 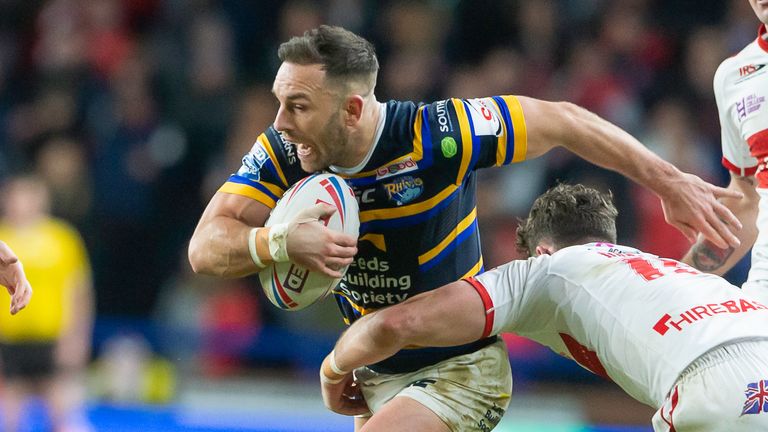 Hull KR’s former Leeds coach Tony Smith was forced to make a late change before kick-off when half-back Jamie Ellis pulled out in the warm-up, recalling Jordan Abdull into his starting line-up, and the disruption appeared to have a destabilising effect.

They were out-muscled up front and sorely missed the attacking threat of injured full-back Adam Quinlan.

Showing no sign of rust from their enforced week off, the Rhinos were red hot from the start as loose forward Cameron Smith and hooker Brad Dwyer both got over the Rovers line inside the first six minutes without managing to get the ball down.

Newman finally opened the scoring, finishing off a break by Luke Briscoe, and added a second after more excellent work from his winger, who batted back the ball from Gale’s kick. Although the tries came out on the right, Leeds looked especially threatening through blockbusting left centre Konrad Hurrell and he helped create the next try in unorthodox fashion as his grubber kick struck a post and Smith followed up to get the touch.

Gale kicked his third conversion and extended his side’s lead to 20-0 with a penalty before the visitors pulled a try back two minutes before half-time through winger Greg Minikin.

Ryan Brierley was unsuccessful with the conversion attempt and the fightback was snuffed out within seven minutes of the second half.

In a similar start to the first half, Leeds forwards Matt Prior and Mikolaj Oledzki were both held up over the line before the pressure told with full-back Jack Walker skipping out of Abdull’s attempted tackle to touch down. 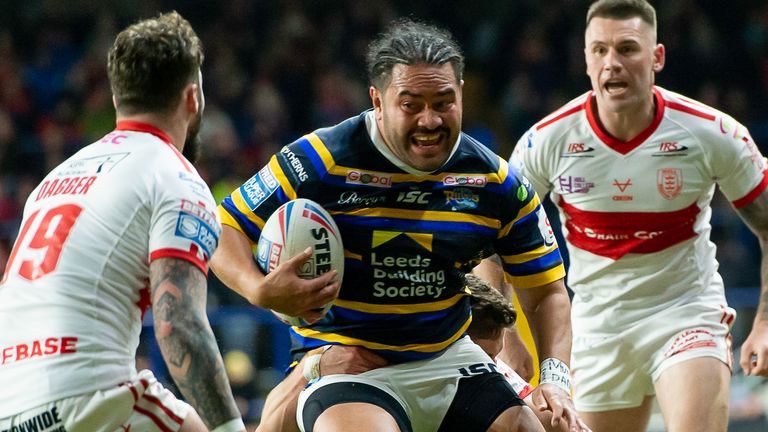 The exciting Newman then carved out an 80-metre try for left winger Ash Handley and stand-off Robert Lui combined with Walker to get Smith over for his second.