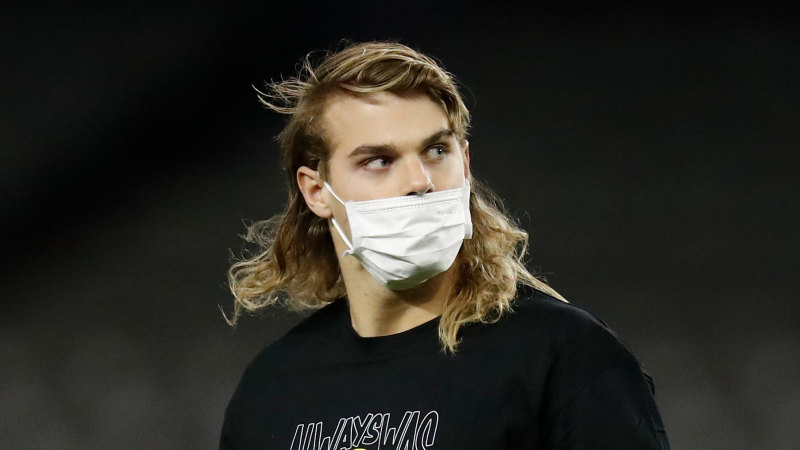 The Western Bulldogs will depart Melbourne on Sunday however Hawthorn have returned to Melbourne as the AFL manages its delicately placed fixture amid the COVID-19 outbreak in Victoria.

With their home state locked down for at least another five days, the Bulldogs are set to fly to Sydney on Sunday afternoon, spending the week there before travelling to Perth on Saturday ahead of next Sunday’s game with Fremantle. 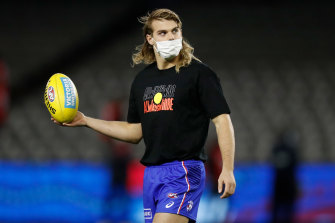 Bailey Smith and the Bulldogs are off to Sydney.Credit:Getty Images

The Dogs had previously believed they would be heading straight to Perth, and were caught on the hop with the change of plans on Sunday morning.

They will be able to train in Sydney but otherwise are extremely restricted in their movements, effectively in stage three lockdown just as they would be in Victoria.

They will join Carlton in NSW, with the Blues playing Sydney on Sunday afternoon and likely to remain in Sydney to take on West Coast next Sunday.

Richmond face Adelaide at Giants Stadium on Sunday and are unlikely to return to Victoria any time soon, with their match against Essendon next Saturday night likely to be held in Perth, where the Bombers are already stationed after beating the Eagles at Optus Stadium on Saturday night.

But the Hawks, who lost to Gold Coast at the SCG on Saturday night, touched down in Melbourne on Sunday morning. Their situation is less urgent as they have the bye next week, as do Geelong, who will remain in Victoria for now after beating Collingwood at the MCG on Saturday.

Melbourne’s match with the Brisbane Lions on Friday night is almost certain to be moved from Alice Springs to Sydney or Queensland, while there are also doubts over next Saturday’s Saints-Swans match at Marvel Stadium and the Pies’ date with the Crows at Adelaide Oval.