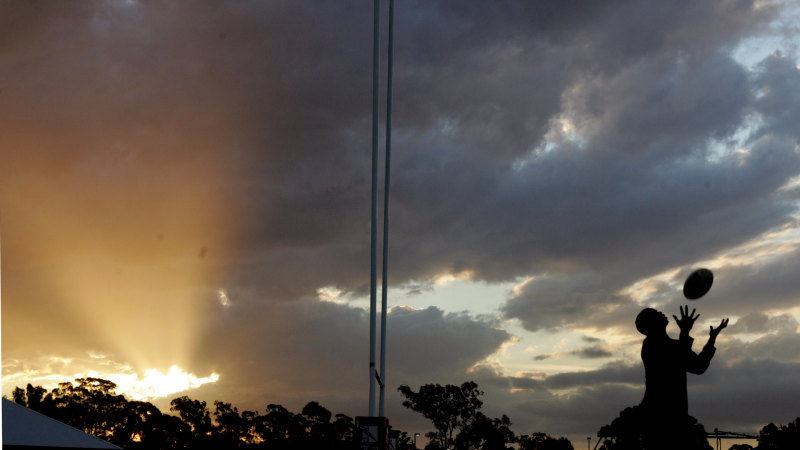 Fears of an outbreak of gang violence could result in community football games in western Sydney being cancelled this weekend after police warned that players and spectators “armed with weapons” could descend upon matches.

The Penrith Junior District Rugby League circulated a letter to its members stating that games would be abandoned “where intelligence suggests everyone’s safety is compromised”. The edict could affect several teams in the Riverstone region, forcing adult community league games to be called off this weekend.

The PJDRL is acting on information gathered by Detective Chief Inspector Darren Newman and other crime managers across western Sydney. The development comes after gang violence has marred several suburban football fixtures in recent months.

“This notice is to provide you with an update on recent community investigations being conducted in and around the Rugby League fraternity across the Sydney metropolitan area.

“Detective Chief Inspector Newman from our local and Crime Managers across Western Sydney are making general enquiries and will be contacting sporting clubs directly to identify players who are making threats and/or plans to instigate violence on our fields; this includes correspondence on players being joined in by spectators being armed with weapons.

“Most importantly, Detective Chief Inspector Newman wants clubs to understand when clubs know about conversations or group chats in and around playing groups they must report it to the PDJRL and police,” wrote Panthers Juniors general manager Nathan Mairleitner.

“As we can all appreciate, the NSWPF, the NSWRL and PDJRL will not tolerate threats of violence, intimidation or acts of violence including affray, which are all serious criminal offences.

“Please note: The NSWPF will be cancelling any matches across the state from this weekend where intelligence suggests everyone’s safety is compromised.

“Community safety is my priority and my strongest suggestion would be to ensure this open letter is disseminated to all players, coaches, parents and spectators that games will be cancelled, players suspended or banned from the game and teams given the strongest form of sanction of removal from the competition in the event they are found to be involved in organising acts of violence on or off the field.

“If the PDJRL can assist in any instance where a club requires direction on the intelligence they have, please do not hesitate to contact me directly for further advice.”

One match in the area was cancelled last weekend due to concerns about gang violence.

NSWRL CEO David Trodden said the NSWRL, Penrith and District Junior Rugby League Club and senior club and the NSW Police are working together should issues arise in the Riverstone area in Sydney’s north-west.

“In particular, the NSWRL fully supports and endorses any actions the Riverstone Police Area Command consider to be necessary to address potential acts of violence at community sporting grounds,” Trodden said.

“There is no place for violence in our sport or the community in general.

“The NSWRL also acknowledges the Penrith and District Junior Rugby League Club for taking a strong stance on the issue and providing their full support for local police in the Riverstone Area Command.

“It is also important to clarify that the issue identified is a specific concern for the area under the jurisdiction of the Riverstone Police Area Command, and not a statewide issue.

“It is also relating to potential issues needing to be addressed in adult community rugby league and not children’s football.

“Both the Penrith DJRLC and the NSW Police are undertaking strong community initiatives as part of a number of strategies to address issues and concerns around youth at risk of drifting into a life of crime and gang violence.