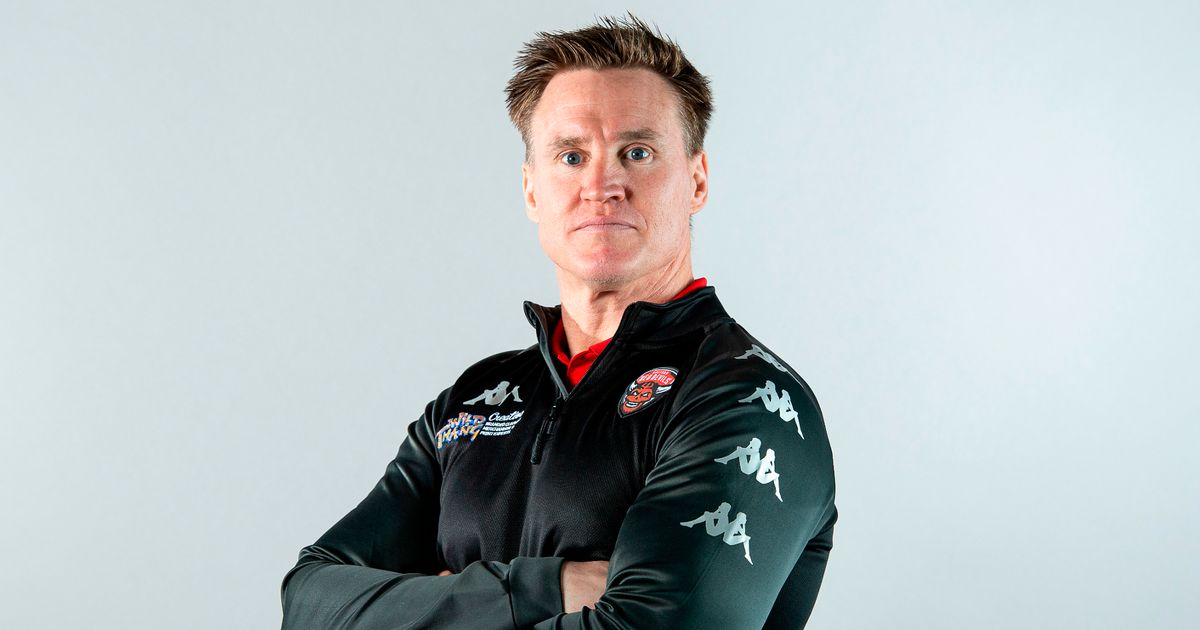 Richard Marshall was over the moon when Jack Welsby sealed St Helens’ unforgettable Grand Final win last year – now he is charged with bring the champions back down to earth.

Marshall was assistant coach to Kristian Woolf as Saints produced the most remarkable finale in Super League’s 25 year history. He was also no.2 under Justin Holbrook when the club sealed another title against Salford 12 months earlier.

But now Marshall is in charge of the Red Devils after being appointed to replace Ian Watson, and the fixture list threw up an immediate reunion with his old club on opening night.

Marshall said: “Woolfy was really good to work for – we had our ups and downs like every relationship but at the same time I learnt a great deal. His work ethic is second to none and he was always first in there and the last one out of the building, and that’s a really good trait.

“St Helens is a wonderful club – I’ve got a great deal of respect and admiration for the coaching staff and players. There’s a lot that’s good about that club and we want to emulate it.

“There’s not many weaknesses within their team, it’s world class and I’m sure the squad Kristian has put together will be equally as good as last year if not better.

“For us it’s a new team and we’ll probably have six or seven players making their debut. There’s been a lot of change at the club, and with change comes freshness, new ideas and invigorated players.

“It will take time to gel and get to know each other’s nuances, but at the same time we want to throw them out there against the best team in the country.

“I’ve had a wonderful pre-season getting to know the players’ strengths, weaknesses and where we need to improve as a team – it’s an exciting time for Salford. We’re up against the champions and we’re looking forward to that challenge.”

Marshall is without his only specialist hooker in Andy Ackers while Saints are missing loose forward Morgan Knowles, but the teams are otherwise close to full strength.

Marshall’s former boss Woolf insists there is no chance of his side underestimating the Red Devils – and says there is more to come from his team.

Woolf said: “Richard is a great coach and a terrific bloke and they’re going to be a lot stronger side this year. Salford have a good squad and I know they’ll be well coached.

“We still want to evolve and improve our game and over the first few weeks I’m sure we’ll be able to show a couple of new things.”