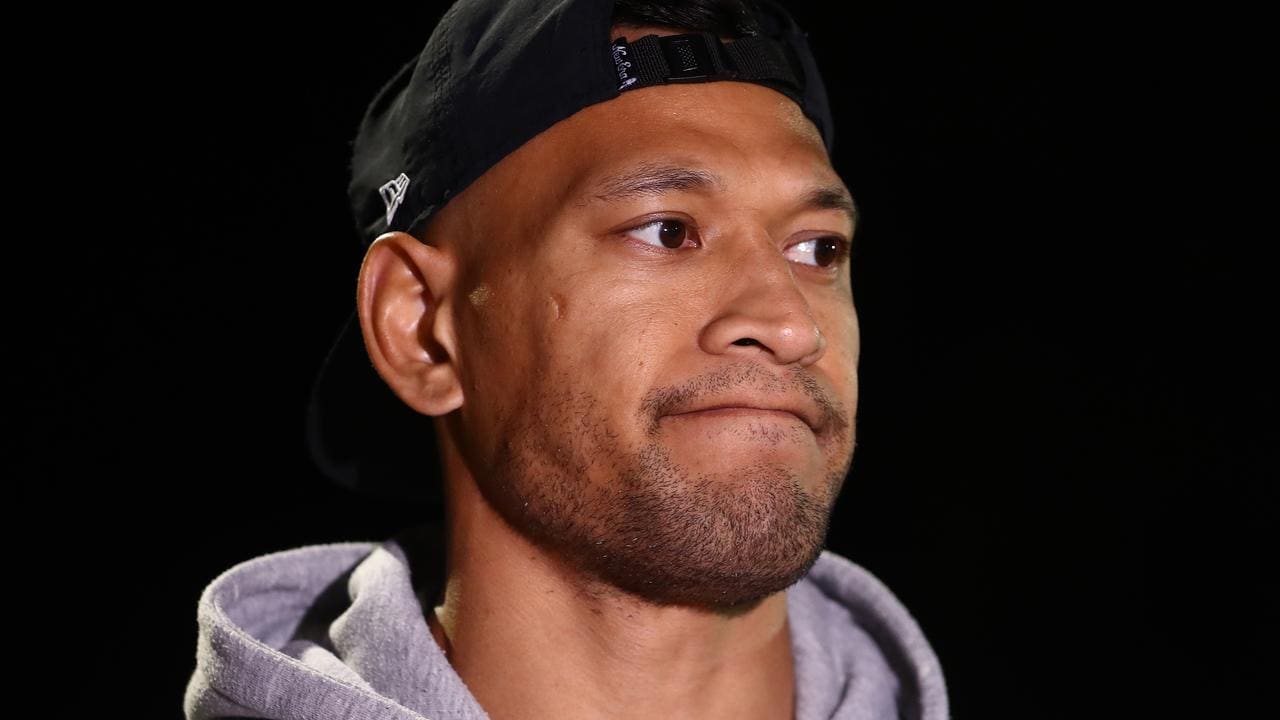 Israel Folau will not be able to play for the Southport Tigers for at least another month, after his Supreme Court application was adjourned following a brief hearing on Friday.

The former Wallabies player had been seeking an injunction against the Queensland Rugby League in a bid to return immediately to the playing field for the third-tier Gold Coast team.

He will not be able to play on the Gold Coast until at least July 12, when the case will next be heard in a full-day hearing.

The QRL had previously argued they could not register Folau for the competition because he was still contractually bound to French Super League club the Catalan Dragons.

The Dragons maintain Folau remains under contract with them, but Folau claims the club failed to meet its financial obligations to him.

Folau’s legal representative, Edmund Robinson, from Alexander Law, and the QRL’s representative, Damien Atkinson QC, made note in the Supreme Court on Friday that there was “no dispute” Folau was still being paid by Catalans.

Mr Atkinson said Folau had signed a contract that would not release him until November 2021.

Folau had previously claimed he was being barred from returning to the rugby league pitch because he was being discriminated against over his religious views. Homophobic social media posts he made in 2019 resulted in his contract with Rugby Australia being torn up.

The QRL had previously said while Folau’s social media posts did not align with their beliefs, they were willing to grant him permission to play “at a community rugby league level and no higher” provided the Catalans cleared him to play.

The Dragons are reportedly demanding a “clearance fee” after allowing Folau – who joined the club in January 2020 on a reported $245,000 AUD yearly salary – to return home to Australia on compassionate grounds.

Before Justice Brown on Friday, both Mr Atkinson and Mr Robinson agreed that July 12 was the next available date for the case to be heard, but Mr Robinson was instructed to ask for an earlier hearing if possible, due to the “financial consequences” of Folau not playing in the meantime.