Drugs. The very word prompts dramatically different reactions: mystery and sometimes abhorrence in my generation – but less if the drug in question is marijuana – matter-of-factness in younger cohorts and maybe even relish for some. All were evident in a taut episode of Q and A last Monday.

Drugs in football is more complex still. The communal expectation is that footballers have nothing to do with them, for the sake of their own health, of course, but really because drugs might impair their ability to play, and because footballers are de facto role models. Bulldogs president Peter Gordon said this week he would, if he could, sack everyone at his club who took drugs.

But is that realistic? Footballers have little enough autonomy as it is; they are not, and never should never be, merely the chattels of a football club. Is Gordon’s attitude duty of care, or paternalism? 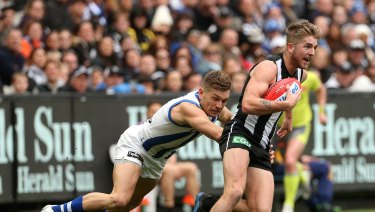 A short history: In 2006, West Coast shrugged off an infamous drug culture to win the premiership. At the same time, St Kilda, then a perennial finalist, was “rife” with drugs, said then-coach Grant Thomas this week. Thomas said he only learned about this after he was sacked in 2006.

In 2012, then Collingwood, now Melbourne CEO Gary Pert said drug use among footballers was “volcanic”, the game’s biggest issue. This week’s twist was a third-hand claim that footballers were using mental health – now that it has been thankfully de-stigmatised – as a cover to avoid drug testing. Sixteen at one club, apparently, and it wasn’t the Blues.

What does all this say? At the very least, it says drugs are as commonplace in footy as they are in the general community, and that drugs are an issue in footy, but no more than out of it.

Now look at and listen to the drugs dialogue in the wider community. It is, as per Q and A, about facilities to minimise and manage drug use and insulate users, not absolute prohibition. It is a fraught enough discussion, and for my generation bemusing – we talk about it over bottles of wine all the time – but it acknowledges a reality. 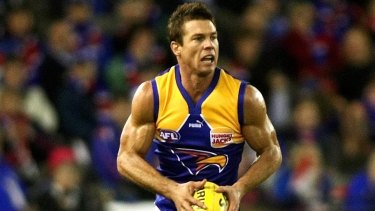 Some time ago, however, AFL footballers allowed themselves to be played into a corner in which they are subject to two overlapping drug codes. WADA’s concerns itself only with performance enhancing, the AFL’s with illicit, with a conjunction on match day that regards illicit as performance-enhancing. One outcome is a conflation of the two types, each seen to be as heinous as the other. This is problematic.

So is efficacy. For all the decades of volcanic rumblings, there has been no eruption. Only a handful of footballers have been sanctioned for breaches of the performance-enhancing protocols, and one for illicit, nee recreational, drugs. To this day, more footballers have been suspended for drinking wine in their hotel room than for taking illicit drugs.

This does not mean that there is not a lot of furious action behind the scenes to patrol, control and sometimes punish drug-taking, quietly. Often, the screen is doctor-patient confidentiality. This suits the AFL, but angers some club presidents, who believe they should be told more in order to have more diligent oversight of their clubs’ cultures.

Their concern is easily understood, and perhaps knowing more would help, but perhaps it would drive the problem further underground. West Coast’s drug culture was an open secret, certainly. But if there was a problem at St Kilda – and we’re not saying it, and players strenuously deny it – it was lost on the coach, Thomas, and on the president, Rod Butterss, a self-acknowledged high-functioning alcoholic at the time. It is possible to carry on. 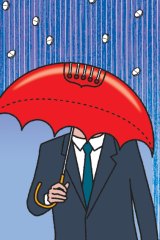 The guts of the issue, as distilled by Jake Niall on Friday, is that there are three apparent competing interests: to sanction wilful abusers, to treat the ill and to protect the image of the game.

When it boils down, though, only one is footy’s business, the reputation of the game, and sometimes the efforts to protect that look more sordid than than threats anyway. The other two are first and foremost health issues, public and private.

That is the context as the AFL sits down to review its drugs policy yet again. If the Players Association was to try to relax the AFL’s drug regime, it would look like it was hiding something, and yet it must try. Even to those of us of a certain age whose chosen “poison” is strictly alcohol, it is incongruous to the point of hypocritical that we are on one hand entertaining pill-testing for those of a certain different age, and on the other waggling reproving fingers at footballers of the same age.