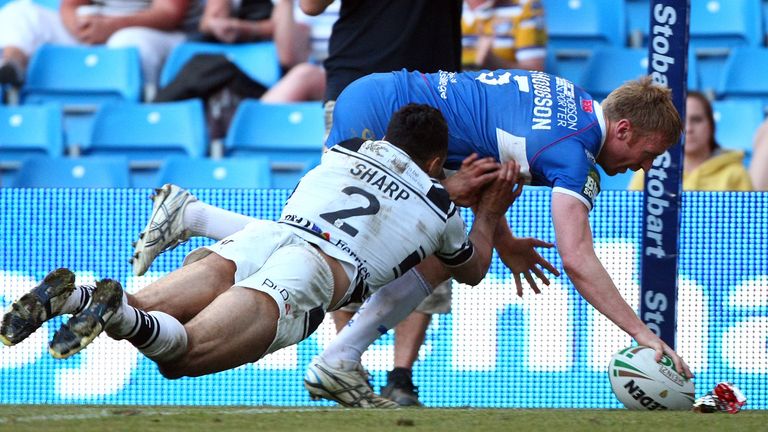 When it comes to rugby league in the city of Kingston upon Hull, there is a clear dividing line between the loyalties of fans.

It is the East versus the West; the Robins versus the Black and Whites; Rovers versus FC.

Unless, of course, you happen to be David Hodgson. Because although he became a derby hero for the Hull Kingston Rovers faithful at Magic Weekend in 2012 – which is being shown on Sky Sports on Saturday – and is now on the club’s coaching staff, the former winger admits he had a foot in both camps in his youth.

“I was a bit of both,” Hodgson told Sky Sports. “My friends used to go to Hull KR and watch them, and my brother was a big Hull FC fan, so he used to take me to watch them down at the Boulevard – so I was split between them.

“I was more a rugby fan. I used to enjoy watching Wigan play back in the day as well when they were one of the best teams and I was coming through as an amateur.”

A graduate of the junior set-up at amateur side Hull Boys Club, Hodgson initially had to go outside of the city to forge a career in the professional game, making his Super League bow with Halifax in 1999 and then joining one of those boyhood favourites, Wigan Warriors, the following year.

A Challenge Cup winner in 2002 and the club’s top try-scorer as they reached the Super League Grand Final, losing to Bradford Bulls, the following year, the Great Britain and England international then went on to star for Salford and Huddersfield Giants. 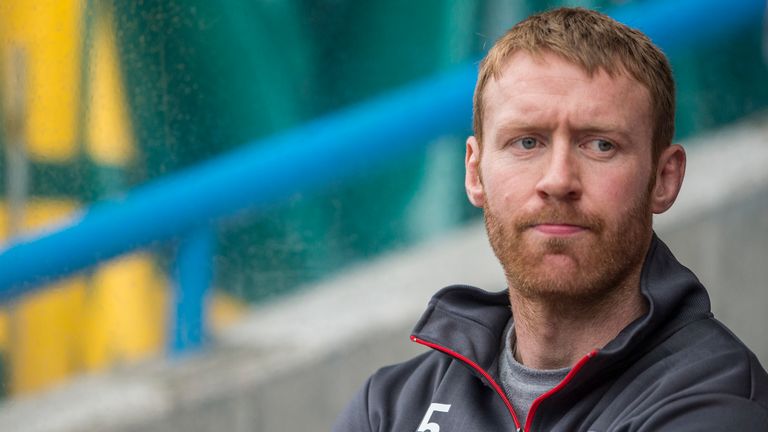 My friends used to go to Hull KR and watch them, and my brother was a big Hull FC fan, so he used to take me to watch them down at the Boulevard – so I was split between them

But he eventually completed the somewhat circuitous journey back to Hull for the 2012 campaign when he signed for Rovers, going on to score 23 tries in 45 appearances over three seasons followed by briefly coming out of retirement for them in 2017.

“As a Hull lad, it was always something where I wouldn’t have minded playing for one of my hometown teams,” Hodgson said. “But when I was a kid, the opportunity wasn’t there when I first finished at amateur level.

“It was probably at the time in my career where I thought coming back was the right thing to do.

“I’d been on the other side of the country and it was still hard for family see the kids growing up and things like that. 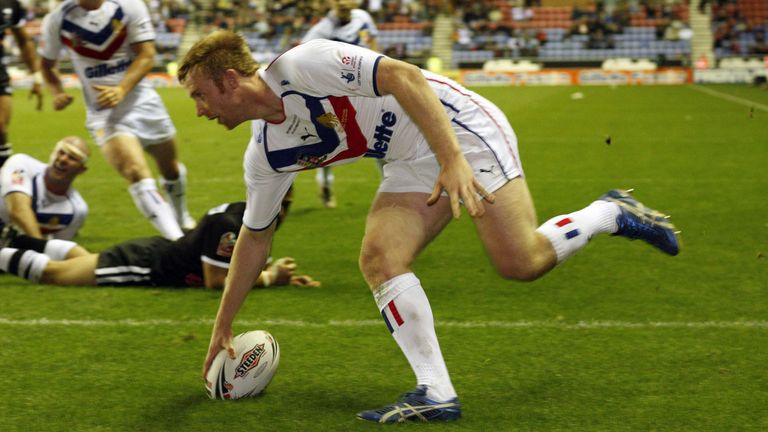 “To come home and be more around my family was important so when the opportunity came, I took it with both hands.”

Hodgson made a fine start to life at Craven Park, including scoring a hat-trick in the 44-16 win at home to London Broncos and then running in four tries as Rovers stormed to a 70-12 over visitors Castleford Tigers heading into Magic Weekend.

That year’s Magic event at Manchester’s Etihad Stadium saw several derby clashes taking place, including Rovers renewing hostilities with Hull FC just over one month after going down 36-6 away to their bitter rivals in another Super League match which had been level at 6-6 at half time.

The headline attraction on day one did not disappoint, and it was the men from the west of the city who held the advantage at the interval, leading 18-12 thanks to converted tries from Brett Seymour, Richard Horne and Willie Manu. 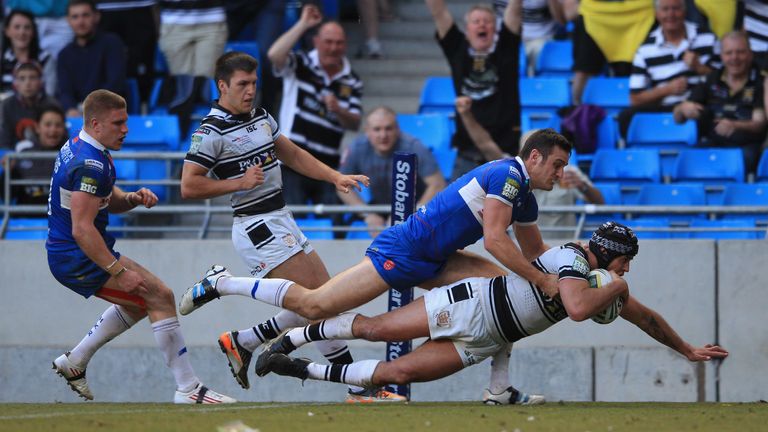 Hodgson cut the deficit to two points with an unconverted score after the break, but Hull FC pressed further ahead thanks to Tony Martin and Jordan Turner, plus two more conversions from Danny Tickle.

Sam Latus again dragged Rovers back into the contest though and then the stage was set for a nail-biting finish when Michael Dobson crossed to pull them within two points again, despite Hull’s insistence Rhys Lovegrove’s pass in the build-up was forward.

Even so, Rovers had to score from a scrum barely 10 metres from their own line on the final play of the game if they were going to win it.

After going up the right side, the ball was worked to the left wing with some deft handling from full-back Shannon McDonnell and centre Kris Welham setting Hodgson away down the touchline. 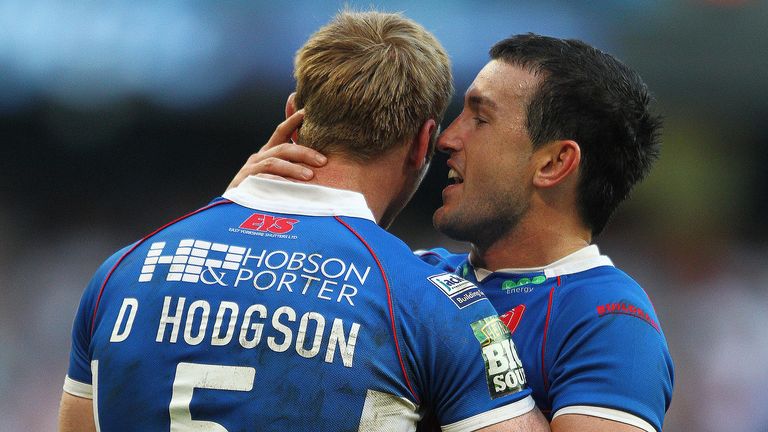 It’s always the person who scored that day who gets a lot of the credit, but Shannon McDonnell and Kris Welham had some great passing skills to get the ball to me in the first place

Once he got the ball, the wide man did the rest, blasting through the defence and covering nearly 70 metres to dot down the winning score just as the hooter sounded.

“Most teams have a set where they get to a certain point on the pitch to spread it and see if it will come off, but the message came down from [Rovers coaches] Craig Sandercock and Chris Chester to just play and see what happens,” Hodgson recalled.

“It was the last minute of the game and we just got to a point, shifted the ball and there were some great hands from some key players inside before I got the ball.

“It’s always the person who scored that day who gets a lot of the credit, but Shannon McDonnell and Kris Welham had some great passing skills to get the ball to me in the first place.” 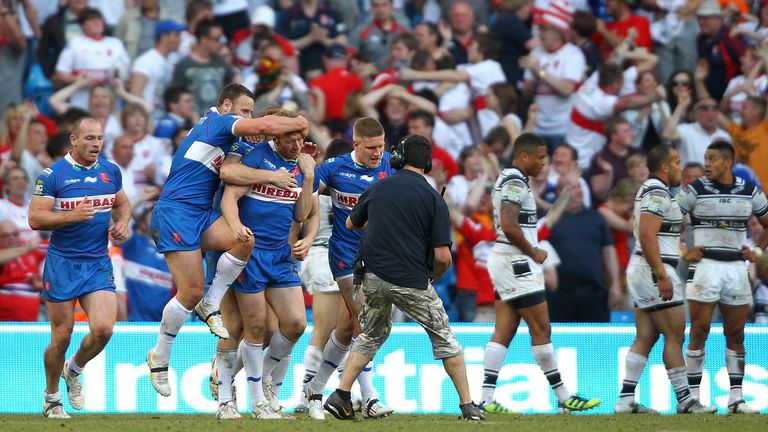 It sparked wild celebrations among the travelling Rovers fans and remains a memorable moment for both them and the man who now serves as assistant to current head coach Tony Smith.

“They were always great games when you went on the road to play, especially the derbies,” Hodgson said.

“When Magic Weekend was mostly derbies, it seemed to bring a bit more to the occasion and they were special games for a lot of teams which went to the Magic Weekend back then.

Manchester United are the lockdown champions