‘He feels like he has been hit by a truck’: Pendlebury out due to illness

Collingwood has lost skipper Scott Pendlebury to illness with Callum Brown to come into the side and Finlay Macrae to play as the medical sub. 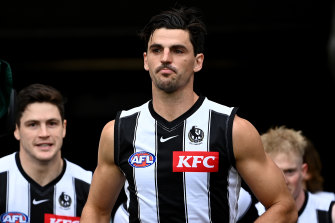 “We have had a lot of boys crook during the week and he is just a little too ill to play. He said he feels like he has been hit by a truck.”

Jeremy Howe will captain the Magpies.

Captains called up: Bontempelli, Selwood back while Gawn travels to Perth

Captains Marcus Bontempelli and Joel Selwood will return for the Western Bulldogs and Geelong respectively this weekend, while fellow skipper Max Gawn is a certain starter for Melbourne’s away match against the West Coast Eagles.

Bontempelli had been expected to play against Collingwood on Friday night after being managed last week against Port Adelaide due to an ankle complaint. 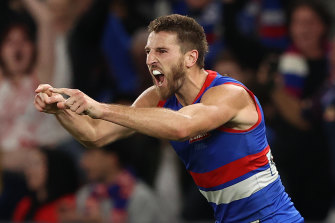 Key defender Alex Keath will also return after overcoming a hamstring injury, with the Bulldogs making five changes after multiple injuries last week, including to Cody Weightman and Laitham Vandermeer. They will face a Collingwood team without lively small forward Jack Ginnivan, who will miss due to illness, with youngster Caleb Poulter coming into the team.

G’day everyone and welcome to tonight’s AFL live blog as Collingwood takes on the Western Bulldogs at Marvel Stadium.

These two clubs will be very keen for the win tonight as it is becoming clear that they will both be battling for spots in the final eight although the Bulldogs need more wins after their difficult start to this campaign.

We will be covering all the major moments and post game reaction so please stay with us and feel free to leave a comment on the blog at any time.

Have a great evening and enjoy the coverage to come. First bounce is set for 7.50pm AEST.