Footy looks different this year, and here’s why:

Footy as we knew it is back. What brought it back?

Zones? Fewer players on the field? Bigger grounds? Nope, we told the man on the mark to do what he’d been doing for 100 years. Stand still, put your hands in the air and look vaguely interested in what the player with the ball was doing. 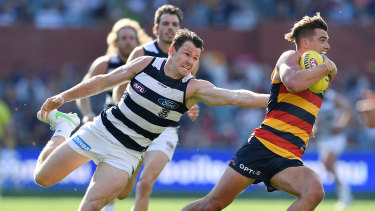 Both sides will head into the match as selected and the medical subs are as follows: 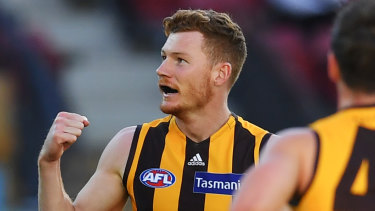 Good afternoon everyone and welcome to our coverage of the Hawthorn v Geelong Easter Monday blockbuster at the MCG.

It is an absolutely perfect day in Melbourne today. Not too hot, not too much wind, clear skies and plenty of sun. The MCG looks perfect.

They’re fierce rivals these two, and with premiership winning Hawk Isaac Smith becoming a Cat in the off-season there is some added heat to this contest.

Moreover, there’s four premiership points to play for with the Cats 2-1 and the Hawks 1-2. Could Alastair Clarkson’s men upset Chris Scott and his side? 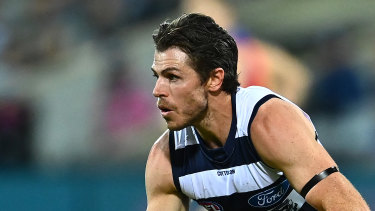 Isaac Smith will come up against his old side today. Credit:Getty Images