Daniel Ricciardo admits Renault have underachieved this year but has vowed to be better in 2020. 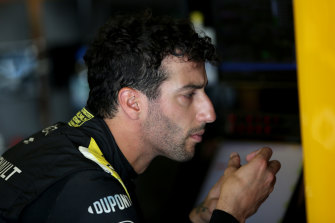 Their combined tally of 91 points sees Renault finish fifth in the Constructors' Championship.

"Looking at the bigger picture for us, it was a positive that we managed to secure fifth in the Constructors' Championship, which was our goal coming into the weekend," Ricciardo said.

"We're optimistic heading into the off-season and looking ahead for next season."

This year was Ricciardo's first with Renault after leaving Red Bull, where he achieved two third place finishes, and where his lowest finish was eighth in 2015.

He competed in 21 races in 2019, achieving eight top-10 finishes. He failed to finish six of them, retiring five times and being disqualified once.

Ricciardo's highest finish of the season came when he placed fourth in the Italian Grand Prix in September.

"We did underachieve for the most part this year but [we should] not let that bring [the team] down," he told Auto Action.

"If that is the case then we are not going to move forward next year.

"I know I will get better, so that is one variable that I know is going to change for the better. Even with that alone I am confident moving into next year."