The beleaguered star is coming under increased pressure after a dismal start to the campaign.

Four races into the season and Lorenzo is still trying to find his feet.

He could only manage a 12th-place finish in Jerez two weeks ago in front of a partisan Spanish crowd.

However, the 32-year-old insists he’s ready to go again in France.

“MotoGP ace Jorge Lorenzo has been struggling at Honda”

“After a tough weekend I am pleased to be able to get back on the Honda without too much time between races,” Lorenzo said.

“In the past, I have gone well in France but we will need to see how this weekend goes.

“The test we had on Monday after Jerez was productive and importantly I was able to get more time on the bike which should help us to understand and improve.” 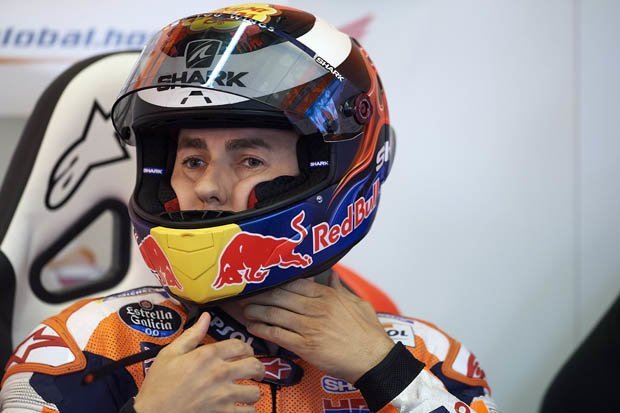 Speaking after testing in Jerez, Lorenzo explained that he can’t currently use his favoured riding style on Honda.

“The bike is transferring too much weight to the front and it’s difficult for me to have enough energy in the arms,” he said.

“This gives me [an unsafe feeling] into the entry of the corners. I’m losing a lot of time compared to Cal and Nakagami, and of course to Marc.

“Until we improve this problem, we will not go fast.

“For sure I can improve a little bit my riding. Every time I ride I will learn some things.

“But the bike itself, for my riding style, needs to give me something more, in terms or ergonomics, to not get tired in the braking, and in terms of confidence, chassis, engine brake, or engine, so I can enter faster into the corners.

“Now I’m losing too much speed.”