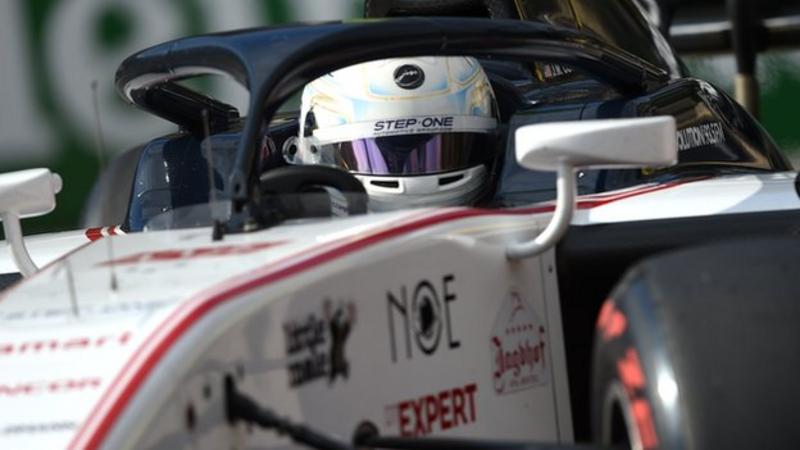 Formula 2 driver Juan Manuel Correa has been taken out of an induced coma but still faces “a race against time” to undergo major surgery on leg injuries.

Correa, 20, suffered a spinal injury and broken legs in the crash at Spa, Belgium on 31 August that killed 22-year-old Frenchman Anthoine Hubert.

The Ecuador-born American has not yet had surgery on leg injuries as his lungs must recover first.

A medical update on Friday said he was “conscious” but “not fully yet awake”.

Doctors said it will take a few days until he wakes given he has been in an induced coma since the crash.

“As of today, Juan Manuel Correa has been removed from the ECMO [extracorporeal membrane oxygenation] machine, life support and taken out of induced coma,” his management company said in a statement

“While this is great news and a major step in the right direction, he is still in a race against time.

“The medical priority for Juan Manuel now shifts from the lungs to the leg injuries that were sustained more than two weeks ago and have not been addressed since the initial emergency intervention the day of the incident.

“Doctors are in a race against time to perform a pending major surgery in order to minimize risk of irreversible injuries to his right lower extremity but can’t proceed until lungs are ready to withstand a lengthy operation.”

Correa is still “vulnerable medically” but his condition has been upgraded from critical to serious.

He first had a four-hour operation in Liege shortly after the crash but after being transferred to a London hospital was diagnosed with acute respiratory distress syndrome.

Hubert, who was 22, suffered a huge impact from Correa’s car, which was travelling at about 170mph, at the Spa-Francorchamps circuit.

He was taken to the medical centre following the incident and died shortly after.

Correa, who grew up in Miami and lives in Barcelona, has been racing this season with the Sauber junior team and is the development driver for Alfa Romeo Racing’s F1 team.