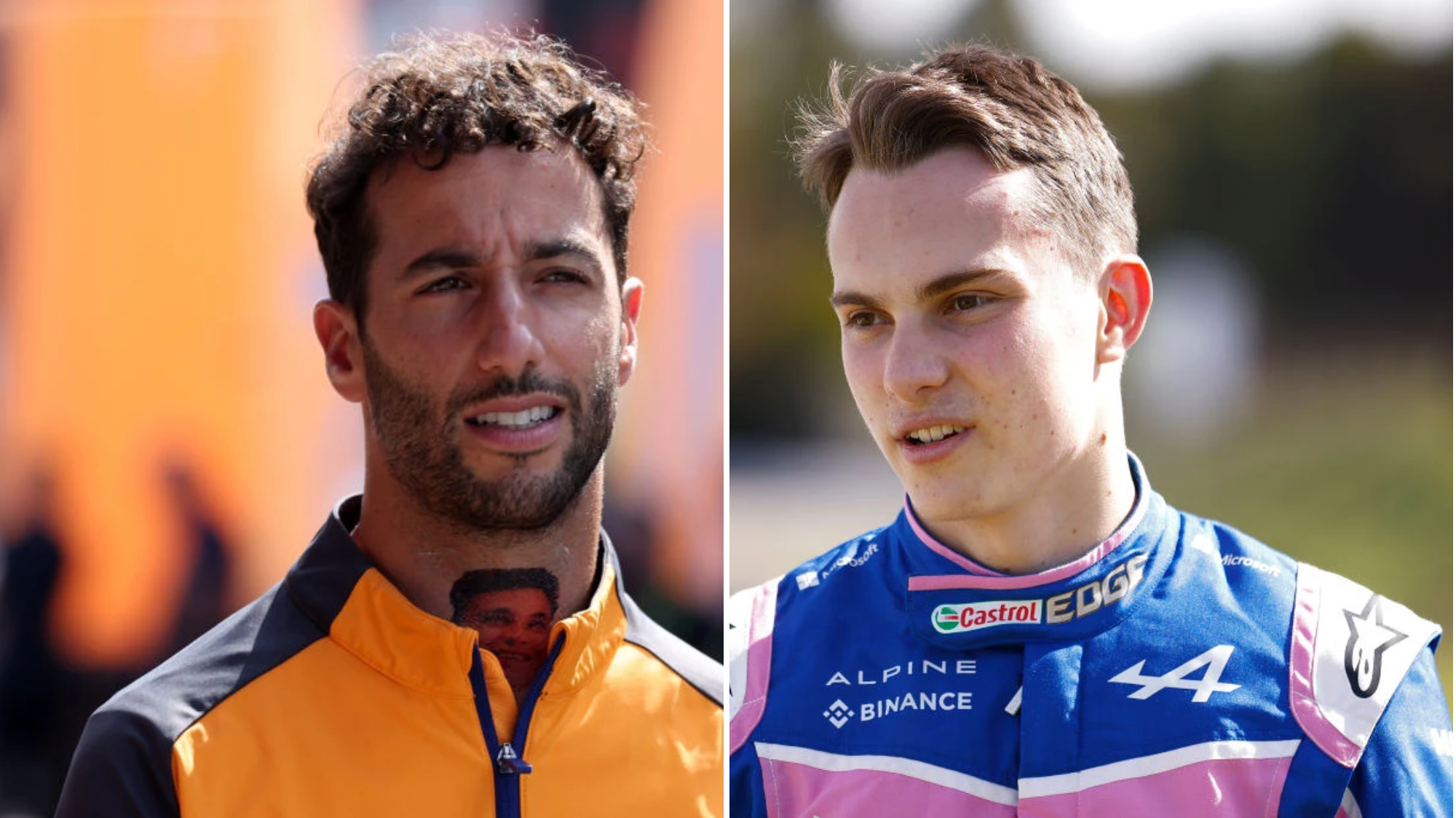 Oscar Piastri has revealed that Daniel Ricciardo reached out to him after losing his McLaren seat to his fellow Australian.

Piastri and Ricciardo were involved in a one of Formula 1’s most high-profile transfer sagas ever, which resulted in the latter agreeing to terminate his contract with McLaren early in order to make way for the former.

It was later revealed that McLaren had actually gone behind Ricciardo’s back to sign the Formula 2 champion ahead of Alpine.

They agreed a deal with Piastri on 4th July, but just nine days later Ricciardo posted a statement on social media reaffirming that he was staying with the team for 2023 in spite of his poor form, clearly unaware that McLaren were replacing him.

As a result, one might reasonably assume that there is bad blood between the pair, but as Piastri recently revealed on the Fast Lane podcast, Ricciardo actually contacted him to clear the air.

‘That was a really great thing for Daniel to get in touch,’ the 21-year-old said.

‘I was planning on getting in touch myself, but I think with the timing of things, he was obviously at a race and, quite frankly, I didn’t actually know if he wanted to hear from me.

‘I was trying to think of what to say, but he beat me to it.

‘With him getting in touch like that, it was great for me personally. Knowing that there’s no hard feelings, that really helped me quite a lot – it was a nice moment.

‘A true professional, Daniel is. My respect for him was already extremely high and it’s only gotten higher in the way he’s responded.

‘It is a bit of a sliding-doors moment, but I think if I can get close to emulating what success he’s had on track and also the character he is off the track, then I think I’ll be doing a reasonable job.’

Piastri will make his F1 debut next season alongside Lando Norris while Ricciardo is without a drive for 2023, and with only three seats left on the grid it looks increasing unlikely that the 33-year-old will be racing.