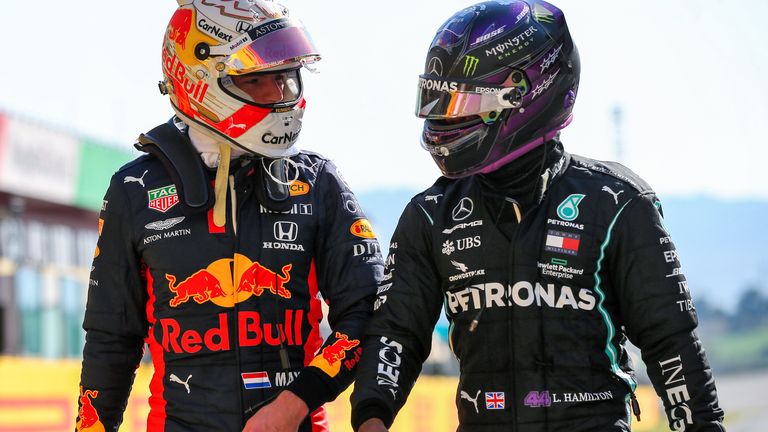 Formula 1’s inaugural Tuscan GP is set to feature a Mercedes vs Red Bull battle for victory, while pole-sitter Lewis Hamilton is also excited for the Mugello “unknowns”, with drivers unsure what to expect on their first race around the fast and unforgiving circuit.

Max Verstappen, who has been Mercedes’ main threat throughout 2020, enjoyed his most competitive qualifying of the season on Saturday and, perhaps crucially, will be backed up by team-mate Alex Albon today.

Verstappen and Albon will be attacking Valtteri Bottas and Hamilton upon lights out, at 2.10pm on Sky Sports F1 with build-up from 12.30pm, a tantalising prospect just a week on from the F1 classic at Monza.

“I’m so excited about the race,” said Sky F1’s Jenson Button. “Obviously when it’s a Mercedes front row you think it’s going to be an easy win – but I don’t think it will be. There’s going to be some action out there.”

Red Bull boss Christian Horner added: “Max is well up for it, if he gets half a sniff. He’s got nothing to lose, because where he’s in the championship now every race is like a cup final.

“We’ve just got to throw caution to the wind and go for it.” 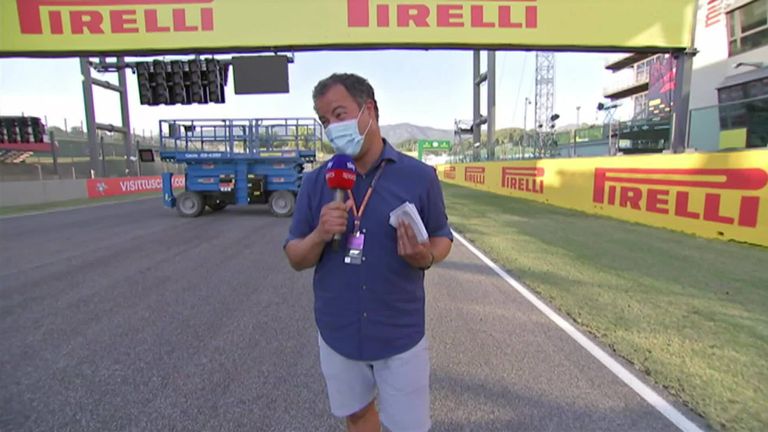 The Mugello circuit, full of twists and relentless high-speed turns and surrounded by gravel and grass which will leave little room for mistakes, is making its much-anticipated F1 debut today, and is already a favourite.

“It’s one of the best,” admitted Bottas. “Honestly, we should come here every year. It goes really high on my list.”

And with only practice long runs to rely on, the race is more difficult than ever to predict.

“The engineers don’t know what to expect, and it’s the same for me,” said Hamilton, who can close to within one of Michael Schumacher’s all-time win record today. 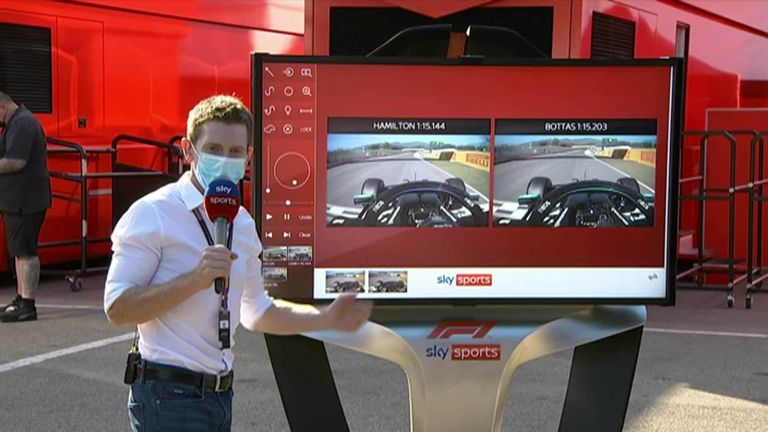 “We’ve got an uphill long run down to Turn One with a headwind, we’re all on soft tyres, and we don’t know how long they’ll last. We don’t know what overtaking’s going to be like, what strategy [to take] – whether it’s a one or two stop.

“I’m excited about that, and I love that it’s all unknown. I’m just going to try and prepare the best I can, watching some of these other races [feeder series F2 and F3] to make sure I deliver.”

Seventy years after making their F1 debut in the sport’s inaugural championship season, Ferrari – an ever-present since then – are the first team to celebrate their 1000th Grand Prix.

At Mugello, a track F1’s most successful and glamorous team own, the Scuderia have marked the occasion with a darker red livery, while their hopes for a strong race have been boosted by Charles Leclerc’s form.

Leclerc will start fifth – although Sebastian Vettel will be down in 14th in the same SF1000 which, while much more comfortable than in Spa and Monza, may still be struggling in the midfield on race pace. 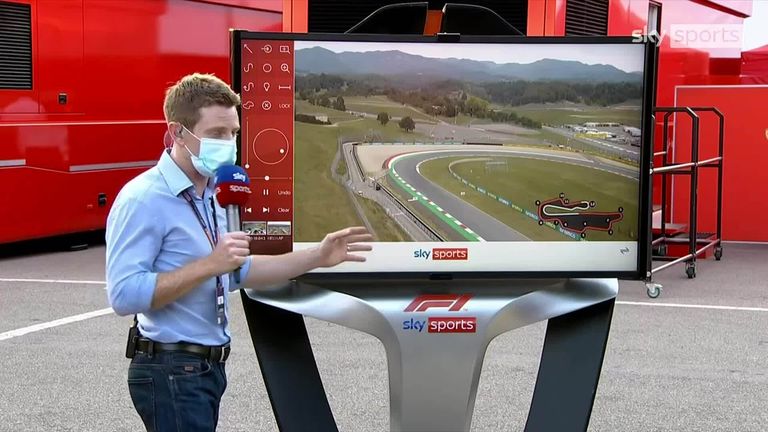 The Racing Points will fancy taking the fight to Leclerc, as well as Daniel Ricciardo in the Renault.

Last week’s incredible race-winner Pierre Gasly, meanwhile, has a recovery job on his hands after surprisingly exiting Q1 in qualifying. The Frenchman will start today’s race down in 16th in the AlphaTauri.