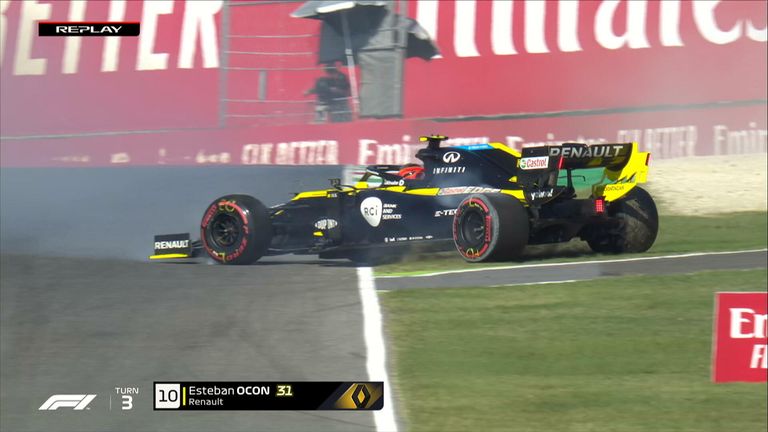 Esteban Ocon has apologised for the end-of-qualifying spin which Valtteri Bottas felt denied him a crucial pole position for the Tuscan GP.

Bottas was trailing Lewis Hamilton by just 0.059s heading into the final Q3 laps in the Mugello shootout, but had to back out of his effort in the first sector after Ocon lost control of his Renault, leading to yellow flags.

With Hamilton failing to improve, Bottas said he “definitely” could have stolen pole off his championship-leading Mercedes team-mate, who hung on and now has seven F1 2020 poles from nine sessions.

“I still had more time in there,” Bottas, who – barring Q2 – was faster than Hamilton in every weekend session before Q3, told Sky F1’s Jenson Button.

“Run one was OK, but not perfect. I was looking forward to the last lap but I didn’t get the opportunity.

“It’s disappointing because the speed has been good all weekend.”

Ocon’s spin ruined the laps of all those behind him, including Bottas but also disappointed drivers such as Lance Stroll and Daniel Ricciardo.

“You try and push the limit through the session and I felt comfortable in the car,” Ocon explained. “I felt great.

“I felt there was a lot of time that could be gained.

What to watch for in Dolphins-Jaguars on 'Thursday Night Football'