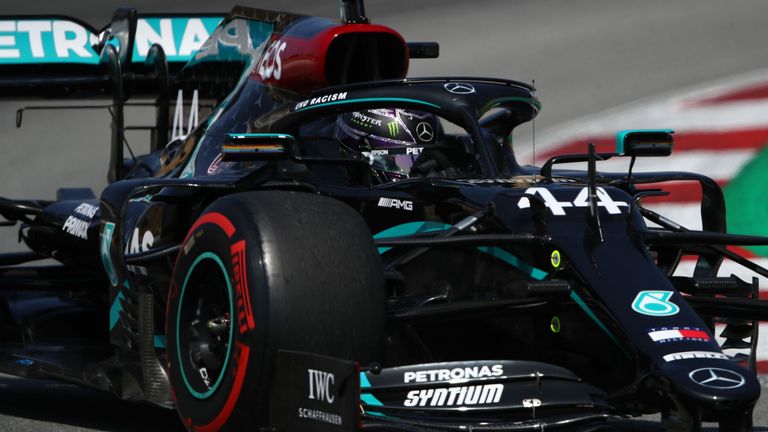 Lewis Hamilton ensured he will go into Spanish GP qualifying as the pole favourite by setting the pace ahead of Valtteri Bottas in final practice, although Max Verstappen did close in on Mercedes.

Hamilton, the championship leader, has topped two out of three practice sessions in Barcelona and his advantage over Bottas on Saturday morning was 0.151s, despite a scruffy final sector.

But while it looks set to be another Mercedes battle for pole in qualifying, which starts at 2pm on Sky Sports F1, Verstappen will go into the shootout on the back of his most competitive outing of the weekend so far.

Verstappen, in a Red Bull which favours race pace over one-lap speed, was half a second off Hamilton’s benchmark – although was hampered by traffic at the end of his lap, where he usually impresses compared to the Mercs.

There was a big, and rather clumsy, crash at the end of P3 as Esteban Ocon smashed into the wall when trying to avoid a decelerating Kevin Magnussen.