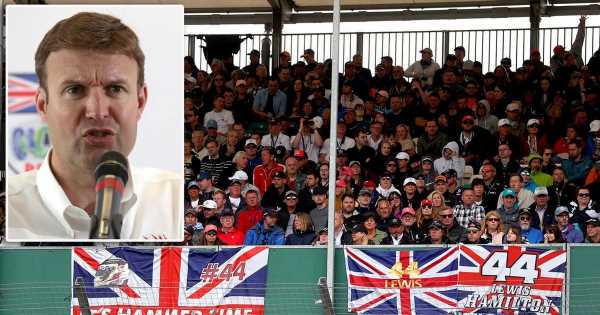 Ticket sales for next year’s race at the Northamptonshire circuit got off a shambolic start due to multiple issues. The Silverstone website buckled under the weight of demand, with many fans claiming to queue for hours only to be kicked out before they got to the checkout. As a result, ticket sales were suspended at one stage.

Also, due to Silverstone’s controversial ‘dynamic’ ticketing structure, prices shot up as they became scarcer, making already expensive tickets even dearer. There was also the newly-introduced Members Club which made fans cough up £99 to secure priority access for tickets.


Those factors combined triggered thousands of angry complaints on social media, with many long-term supporters of the race feeling taken advantage of.

Silverstone chief executive Stuart Pringle has admitted he was “shocked” by the huge level of demand compared to previous years. He insists the ticket system, including price structures, will be reviewed.

“I apologise unreservedly,” he toldMotorSport.“It’s really, really frustrating. How can we pride ourselves on giving people a great fan experience when the first part is so suboptimal?”

He added: “The system should have been able to cope with it. It performed extremely well for us last year when we had record demand for tickets but it was nothing like this.

“We had a consistent queue of 50,000 people for prolonged periods of time, despite selling between 8000 and 10,000 tickets per hour. It didn’t come below 50,000 for hours. In seven days we achieved a level of ticket sales that took 32 weeks to achieve last year.

“I personally queued for six hours on my browser and didn’t reach the front of the queue. There was also a secondary issue with the payment portal at one point.

Are British Grand Prix tickets too expensive? Have your say in the comments section below.

“Because the quantities went so rapidly and scarcity became an issue within hours, and in some cases minutes, we were triggering price bands that we would historically have expected to trigger in weeks or months. It was a bit like sitting in a taxi and watching the meter spinning up before your eyes.

“We wanted to support regulars by keeping starting ticket price increases significantly below the level of inflation and making it up with ticket sales later in the cycle, but we just rocketed through those early price bands.”

It’s not so long ago that Silverstone was routinely losing money from hosting the Grand Prix. That is no longer the case and profits are set to be reinvested in a bid to improve the ticketing system for future races.

“Customers expect a brand like Silverstone to get its bloody act together,” added Pringle.