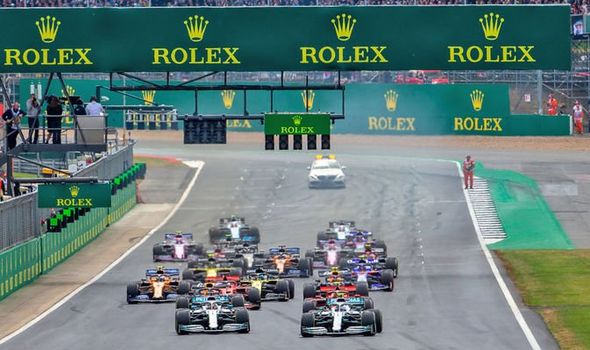 On Sunday, Novak Djokovic and Roger Federer walked out for their men’s singles final at Wimbledon at around 2pm, meanwhile, at Silverstone, home favourite Lewis Hamilton started from second on the grid at 2.10pm.

And at the same time at Lord’s cricket ground, England were looking to bowl out New Zealand in the World Cup final.

The TV viewing figures revealed there was a peak audience of 9.6million for the Wimbledon final on BBC One, 4.5m on Channel 4 for the cricket and 2.5m watching the British Grand Prix.

In 2020, the Wimbledon men’s final is scheduled for July 12 but the date for the British Grand Prix is yet to be confirmed. Last week a new five-year deal was signed to keep the race at Silverstone.

Should the race take place on July 12, it will also be on the same day as the Euro 2020 final, which is being held at Wembley.

According to The Times, Silverstone chiefs want the race moved to the middle Sunday of Wimbledon, where there is no tennis at SW19.

But the report says the Grand Prix calendar is decided by Formula One officials, not the individual races.

There are also logistical issues around the transportation of equipment using 350 lorries, which is an additional headache for organisers. 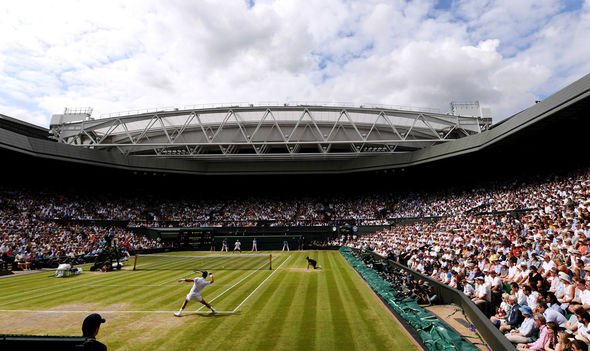 Speaking ahead of the British Grand Prix, which he would go on to win for a record sixth time, Hamilton expressed his happiness at Sunday’s clash with Wimbledon and the World Cup final.

“What I don’t understand is why the organisers put the race on the same day as all these other big events, like Wimbledon,” Hamilton said.

“I really don’t understand it. This is such a special weekend and it needs all the focus of the country and not a small amount.

“I think people will be switching between channels on Sunday not sure what to watch.

“Naturally I come here, there are a few of us Brits here, we come here to raise the flag and do the country proud.

“The British Grand Prix is the most special grand prix of the year. It really is a spectacular weekend. There is excitement and adrenaline going and there are pressures.

“My whole family are coming here this weekend so it is that one weekend where it is the most special in a sense because you’ve got your family, your closest support, surrounding you.”