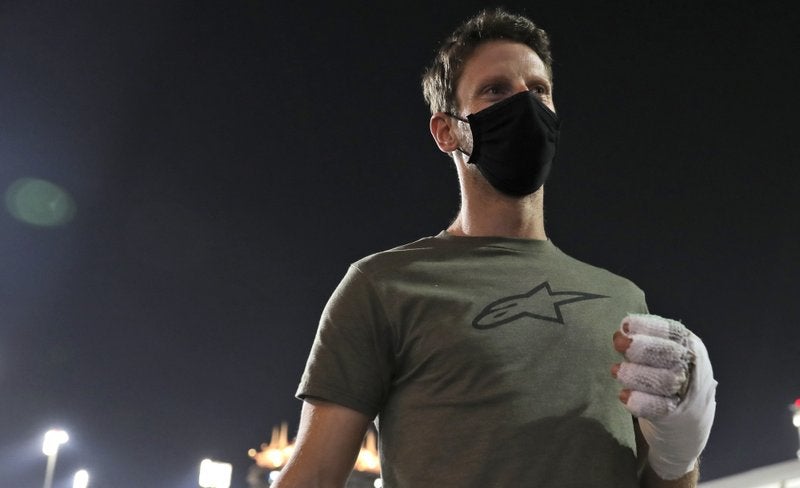 Romain Grosjean has revealed his hands are no longer in bandages just six weeks after he cheated death at the Bahrain Grand Prix.

Grosjean’s Haas erupted into flames when he penetrated a steel barrier at 140mph on the opening lap of the race on November 29.

The French driver, 34, scrambled to escape his burning cockpit for almost half-a-minute before he was airlifted to hospital.

He was released after three nights, and has since been recovering from the extraordinary accident at his home in Geneva, Switzerland.

On Tuesday, he provided an update on his condition by posting an image of his bandage-free hands to Twitter while holding his pet cat, Petrus.

“Dressing fully off and Petrus happy,” he wrote, revealing for the first time the extent of the burns on his left hand.

Grosjean was forced to miss the final two races of his career following the injuries he sustained in the accident.

Formula One’s governing body, the FIA, expect to complete its investigation into Grosjean’s crash by the end of this month.