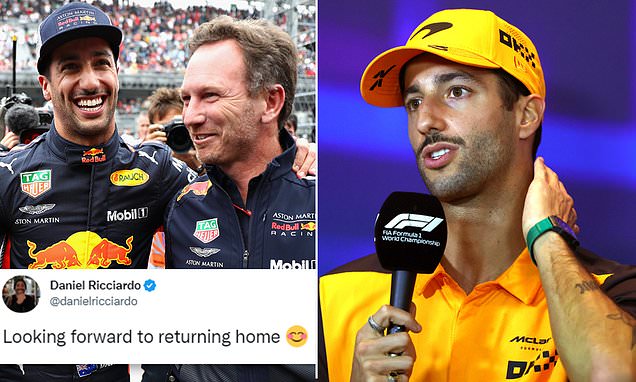 Red Bull have confirmed the worst-kept secret in Formula One and announced the return of Daniel Ricciardo for next season.

Last week, team chief Helmut Marko let slip that they had struck terms with the Australian driver to take up a ‘third driver’ role in 2023, having been axed by McLaren following poor performances this campaign.

Red Bull insisted at the time that nothing had been settled, but on Wednesday the team finally confirmed that Ricciardo would make a return as back-up driver to Max Verstappen and Sergio Perez. 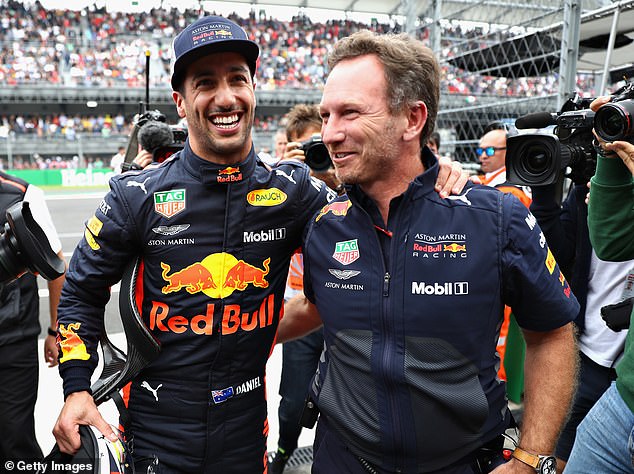 Daniel Ricciardo’s return to Red Bull has finally been announced, and he will be ‘third driver’ 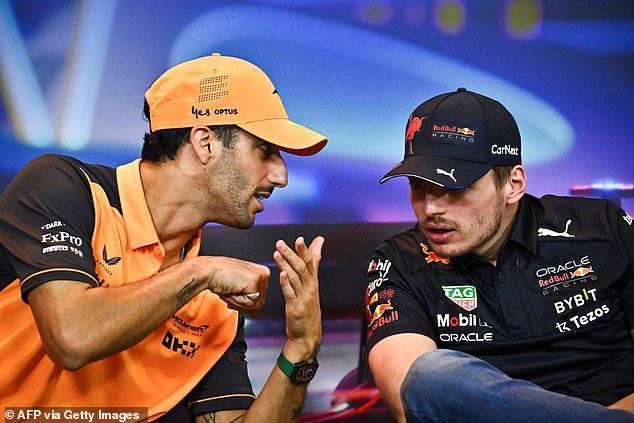 ‘The smile says it all, I’m truly excited to be coming back home to Oracle Red Bull Racing as their Third Driver in 2023,’ Ricciardo said.

‘I already have so many fond memories of my time here, but the welcome from Christian, Dr Marko and the entire team is something I’m sincerely appreciative of.

‘For me personally, the ability to contribute to and be surrounded by the best team in F1 is hugely appealing, whilst also giving me some time to recharge and refocus.

‘I can’t wait to be with the team and support with simulator work, testing sessions and commercial activities. Let’s go!’ 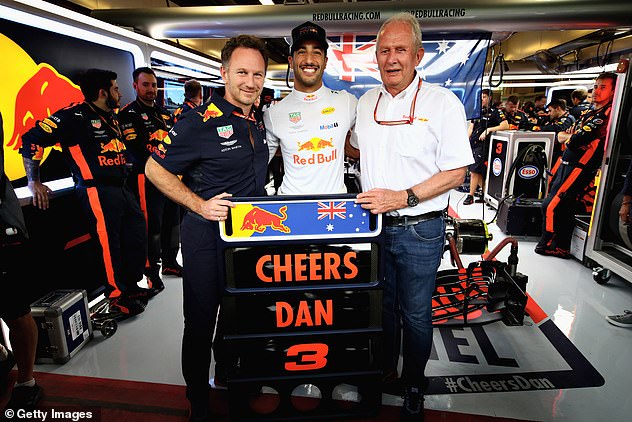 Team principle Christian Horner said: ‘It is great to bring Daniel back in to the Red Bull family. He has enormous talent and such a brilliant character; I know the whole factory is excited to be welcoming him home.

‘In his role as test and third driver, Daniel will give us the chance to diversify, assisting in the development of the car, aiding the team with his experience and knowledge of what it takes to succeed in F1.

‘We’re very pleased to be working with Daniel again and look forward to everything he will bring to the Team in 2023.’ 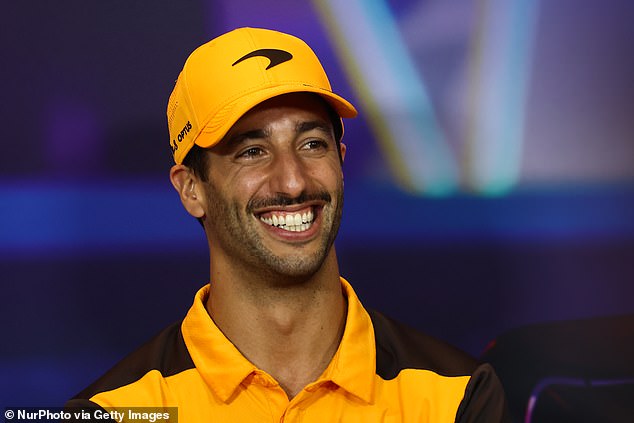 Ricciardo’s career had stagnated following his Red Bull exit in 2018, when he joined Renault

Ricciardo’s career has not progressed as he had hoped when he left Red Bull in 2018, unhappy with the team prioritising up-and-coming hot shot Verstappen over him.

He won seven races during his five-year stint with the team and even out-performed Sebastian Vettel during their only season as teammates.

The Australian joined Renault after the 2018 season but things have failed to progress for him, culminating in a campaign in which he has been outperformed by younger teammate Lando Norris.