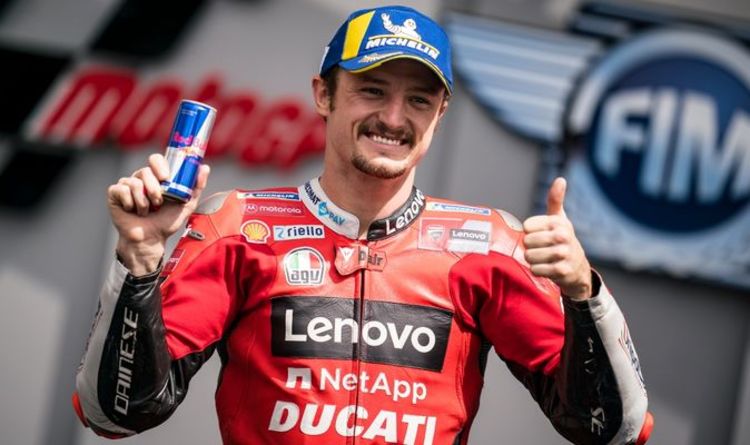 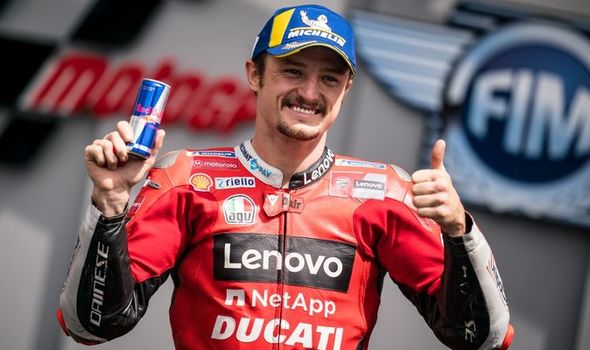 Jack Miller made it two wins from two races by claiming victory after a wild French Grand Prix at Le Mans.

Miller kept his cool while many around him were losing theirs as he negotiated his way through a bike swap when the rain came down in France, then served a double long-lap penalty for speeding in the pit lane before passing the field and breaking away for a hard-earned victory.

Miller took the victory ahead of French duo of Johann Zarco and Fabio Quartararo, who scored podium finishes on home soil, but were unable to match Miller’s pace through the crucial middle portion of the tace

The race started with the bikes on dry tyres, but changeable conditions throughout the day in Le Mans prompted the race authorities to deem the event a “flag-to-flag” race, meaning the race would not be stopped for rain.

It meant the teams had to have the riders’ backup bikes prepped with wet weather setups and treaded tyres in the event of conditions changing during the race.

And the riders all needed that facility as the heavens opened and the rain came down, forcing the entire field to head into pit lane to swap bikes. 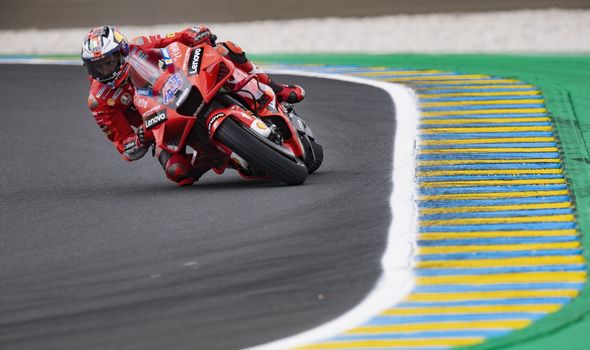 The enforced pitstops, shuffled the pack, with six-time MotoGP champion Marc Marquez taking advantage to take the lead of the race, with the Spanish star looking particularly strong in the damp conditions.

Miller, meanwhile, was penalised for breaking the speed limit in the pit lane and, after swapping bikes, was forced to take two long-lap penalties that saw him drop back into the pack.

But the drama didn’t end there, as Marquez suffered two separate crashes – one that deprived him of the race lead, then another that ended his hopes of carving his way back through the field.

Instead, it was Miller who tore through the pack as he caught and passed French leader Fabio Quartararo, then sped clear to claim the race win, with Zarco finding some quick late-race pace to pass Quartararo for second in the closing laps.

But the race belonged to Miller, who claimed his second race win in successive Grands Prix to move right into the championship mix.

Speaking in parc ferme after his win, an elated Miller described the crazy action that had just ensued in changing weather conditions in France.

“Hectic. Very hectic! Like now, it was perfectly still pretty much just before, but halfway through the race, when the rain came and the wind came with it, as I came down pit road here the barrier here blew into pit lane and I said, ‘They’re going to red-flag this, for sure.’

“But then it dropped off relatively quick. But the first couple of laps were real dodgy on the wet tyres. But I had to get going and then I had the long laps (penalties). I wasn’t sure why, but apparently (for) speeding – I generally do get speeding tickets here in France.

“But I was able to bosh them out pretty quickly and just get to work on Fabio. I got in front of him and I just felt comfortable, to be honest. I was just riding to the conditions.

“Absolutely amazing. I can’t believe it. Back-to-back wins like this, it’s just fantastic. I can’t thank the team enough.”