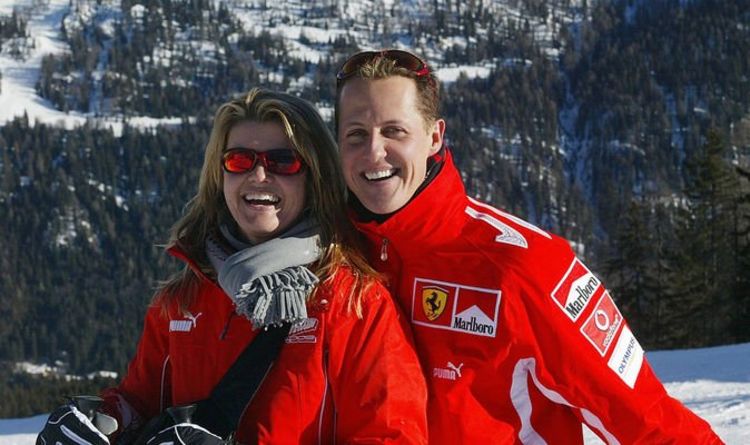 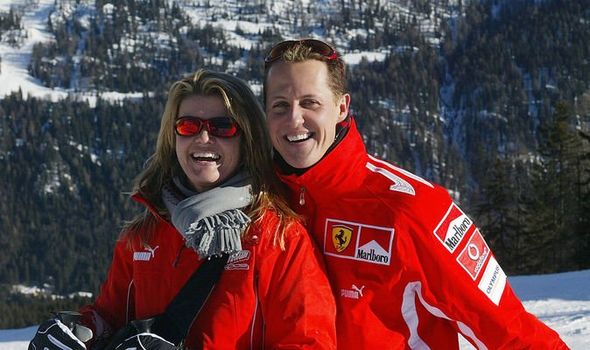 Corinna Schumacher, 52, has fiercely guarded her husband’s privacy since the 2013 horror in the French Alps and has never revealed any details. But in her first interview since the tragedy, which put the German driver, 52, in a coma for six months, Corinna says the whole family rally round him.

And she tells the Netflix documentary Schumacher that Michael almost cancelled the fateful ski trip, saying: “The snow is not ideal, we could fly to Dubai and go skydiving.”

She says: “I miss Michael every day. But it’s not just me. It’s the children, the family, his father, everyone.

“Michael is here ‑ different, but here. He still shows me how strong he is every day.”

Corinna says because the seven-time champion, considered by many to be the sport’s greatest driver, had always come through races safely, she was “certain he had a few guardian angels that were keeping an eye out for him”.

She adds: “I don’t know if it’s just a kind of protective wall that you put up yourself or if it’s because you’re in a way naive, but it simply never occurred to me that anything could ever happen to Michael. I never blamed God. It was just really bad luck ‑ all the bad luck anyone could ever have in their life.”

Corinna has been criticised by some, including his former manager Willi Weber, for her protectiveness. But she says the family, who all live together, stayed tight-lipped because Michael always valued privacy.

She tells the documentary: “We are trying to carry on as a family, the way Michael liked it and still does.

“We live together at home.We do therapy. We do everything we can to make Michael better and to make sure he’s comfortable.

“We are getting on with our lives ‑ ‘private is private’, as he always said.

“It’s very important to me that he can continue to enjoy his private life as much as possible.

“Michael always protected us, now we are protecting Michael.”

Corinna and Michael were married in 1995 and have two children, Mick, 22, who has followed his father into F1, and Gina, 24.

Schumacher, which will be available to stream next Wednesday, includes interviews with Mick and Gina, Michael’s father and brother and F1 figures such as Bernie Ecclestone.

What is happening where you live? Find out by adding your postcode or visit InYourArea