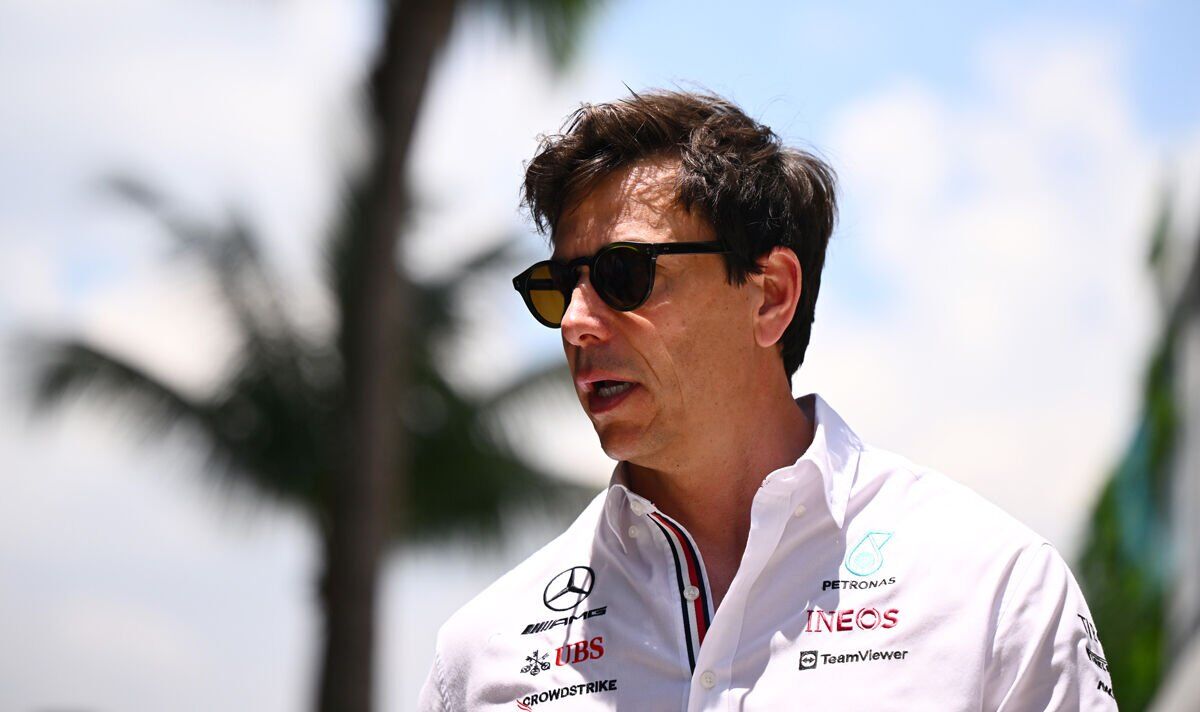 Mercedes boss Toto Wolff has warned the Silver Arrows will be ‘closing down’ Ferrari and Red Bull sooner rather than later. The Austrian has claimed the team know how to ‘unlock more performance’ which could push the team back into the title fight.

He claimed the team had put car development to one side to focus more on their porpoising issues which have plagued the team this season. However, with the problem appearing to be fixed, the team will be able to continue their development in a bid to close down the leaders.

Mercedes have struggled to match the pace of Ferrari and Red Bull this season and has more often been in a midfield fight than at the front. However, both George Russell and Lewis Hamilton appeared closer to the leaders in the opening practice sessions this weekend.

In qualifying, Russell was quick enough for fourth and even set the fastest first sector on his final run before falling back. Hamilton was a bit further behind but still starts P6 with the optimism of scoring points this afternoon.

Wolff said: “Overall, I think we have made a solid step forward this weekend, and we know how to unlock more performance, too. Our rivals have continued development while we have paused to solve the bouncing – so when we pick that up and start to better understand the tyres now the bouncing is gone, then I think we will be closing them down.”

Russell has enjoyed a fairly consistent start to the season, securing top-five finishes in every race this season. This has left him fourth in the drivers’ standings, just 45 points behind championship leader Charles Leclerc, putting him in with a shot of battling for the title.

He admitted the team ‘never expected’ to close the gap to the leaders in one step after the issues they had faced meaning an improvement in Spain is a good result for the reigning constructors’ champions. He said: “We’re looking forward to tomorrow, our long run looked a more competitive than single lap yesterday so hopefully we can put some pressure on the cars ahead of us and the high degradation should give some interesting options on strategy.

“Considering the gaps that we were looking at in the last few races, we never expected to close up in a single step so while we can’t be satisfied with fourth and sixth, it is at least encouraging that we have a car that is behaving in a more predictable way and that we are making steps in the right direction.”