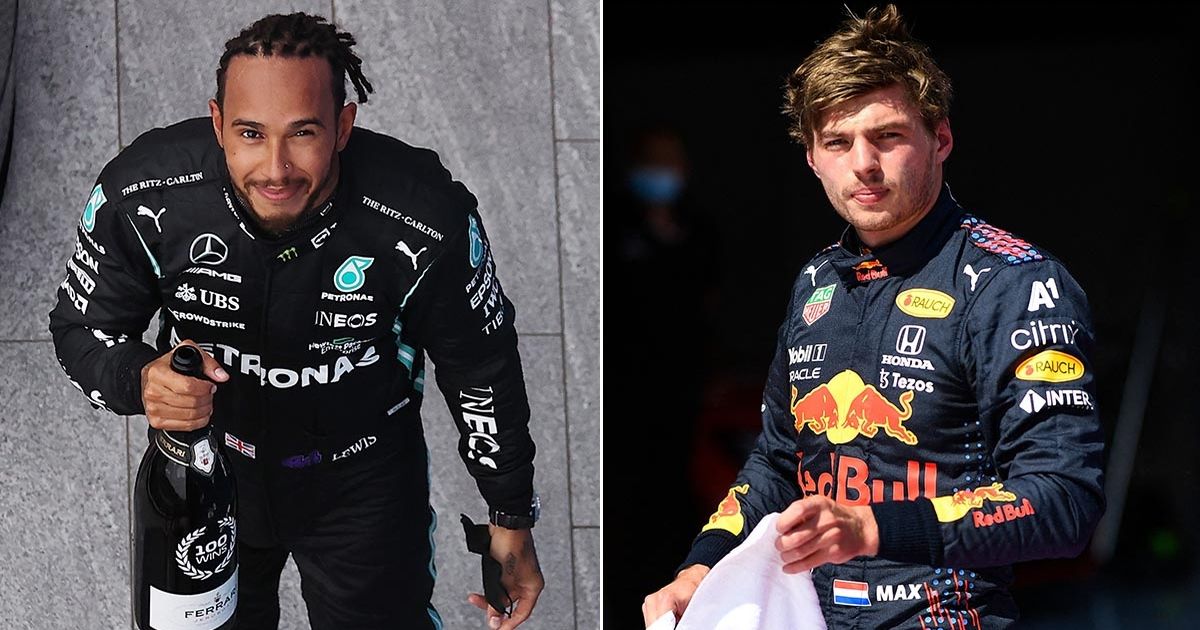 A maiden Formula 1 world title looks closer than ever for Max Verstappen as he leads the standings by six points with as many races to go this season, but it may not be enough.

That's the fear of Red Bull predecessor Mark Webber, who is concerned the manufacturer hasn't produced a car capable of keeping Lewis Hamilton from a record eighth world championship.

Mercedes ' poster boy was handed a 10-place grid penalty for changing an engine in Istanbul on Sunday but recovered to finish fifth, while Verstappen was a runner-up behind the Briton's team-mate, Valtteri Bottas.

Both Hamilton and Bottas were on average around 15 to 20 kilometres per hour faster than Verstappen down the straights at the Turkish Grand Prix, clear signs that Mercedes boast the faster product on paper.

Webber, 45, recently appeared on the F1 Nation podcast, where he told hosts Tom Clarkson and Natalie Pinkham of his worries that Verstappen's RB16B may not see him across the line first in a tense title race.

"I think that my little concerns off the back [of the race in Turkey] are: Are Red Bull giving Max the car for closing this championship out," the Australian asked.

"Because I think that I would have lost a lot of money for Valtteri to have the measure of Max in those conditions. I thought Verstappen would run rings around him all day long, but he couldn't react to the speed of Valtteri.

"It was interesting. I think in terms of performance [in both the] dry and wet, Red Bull know they need to react to the Mercedes' pace now, with these new engines that Mercedes have put in the back of the car, or some aero, or whatever's going on.

"Max is really hanging in there. OK, he had a shunt in Monza, but I think [in] Russia he drove brilliantly, obviously, and that's all he could get out of the car in Turkey as well."

Whom do you think will be crowned F1 world champion in December? Let us know in the comments section.

Verstappen, 24, registered back-to-back third-place finishes in the previous two championships (2019/20), but he's a shoo-in to record a new career best by finishing at least second this year.

The flying Dutchman held a 33-point lead earlier in the campaign, but a collision with Hamilton at July's British Grand Prix—where Verstappen retired before the Briton won in front of a home crowd—signalled the start of a comeback.

Mercedes, meanwhile, have insisted nothing has changed aside from the recent engine swap in Istanbul.

This year's championship will soon embark down its home stretch, with the season set to resume with the United States Grand Prix in Austin, Texas, on October 24.

It's suspected the two races following that meet—Mexico and Brazil—will favour Red Bull's car, but Hamilton very much remains in with a chance of beating Michael Schumacher's record with an eighth F1 crown.

Nine-time grand prix-winner Webber had his own experiences up against the might of Mercedes and Hamilton before ending his seven-season stay at Red Bull when he departed F1 in 2013.

Red Bull's prospects look to be in more capable hands now that Verstappen is leading the charge, though even he may not have the tools necessary to keep the sport's modern kingpins from an eighth consecutive title.