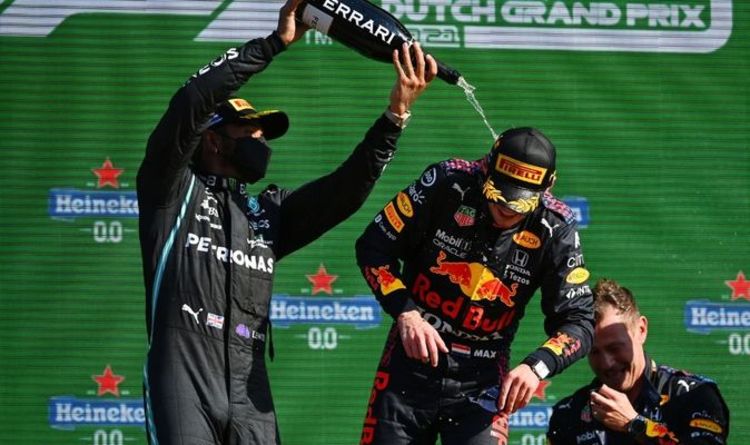 Former F1 driver Mika Hakkinen believes Max Verstappen’s performance this season has indicated he has the “confidence and focus” to beat Lewis Hamilton this season, as well as the better car in the Red Bull.

Verstappen dominated the Dutch Grand Prix with a lights to flag victory after winning half points thanks to a washed-out Belgian race coming off the back of the summer break.

The Dutchman now holds a three-point lead over the seven-time world champion heading to the Italian Grand Prix on Sunday, and writing in his column for Unibet, Hakkinen thinks Red Bull have a winning formula.

“We know the Red Bull-Honda is the quickest package this season,” stated the two-time world champion.

“Although the accidents in Silverstone and Budapest damaged Max’s season and allowed Lewis Hamilton to lead the World Championship at the start of the summer holiday, what we saw in Zandvoort shows that Max continues to have the best car under him.

“What is also clear is that he has the confidence and focus necessary to win this World Championship.

“There was a lot of pressure on him at the weekend – and it is amazing to remember he is still only 23 years old – but he did not let anything distract him.”

Verstappen was racing in front of his home crowd for the first time in his Formula One career at Zandvoort, with added pressure on the 23-year-old’s shoulders to impress.

Yet, after taking pole, the Dutchman commanded the race, cruising to victory in front of an adoring orange army of supporters.

“Lewis and Valtteri Bottas did everything they could to find a strategy that would put them ahead of Max.

“Lewis tried the undercut, but that did not work as Max was too quick and Lewis’s first stop a little slow, while Valtteri ran long in an effort to make a one-stop work.

“Ultimately there was nothing that they could do to catch the Red Bull.”

Hamilton and Mercedes will be looking to bounce back this weekend at the Italian Grand Prix, a place Verstappen has yet to finish higher than fifth at.

But the 23-year-old will be full of confidence thanks to a dominant display in Zandvoort.

“As you can hear already, it’s just incredible,” began Verstappen.

“The expectations were very high going into the weekend and it’s never easy to fulfil that.

“But I’m of course so happy to win here, to take the lead in the championship. It’s an amazing day. Just the whole crowd. It’s incredible.

“The start was very important, I think we did that well, and then of course Mercedes tried to make it very difficult for us but we countered them all the time really well.

“We can be really pleased with the whole team performance today.”