The Dutchman this week won Team Redline’s Real Racers Never Quit series following his success on a virtual version of the Suzuka Circuit used for the Japanese Grand Prix.

A cluster of his F1 rivals are battling it out online this weekend, with Veloce Esports hosting the Not the GP ‘Versus’ event and with the next round of the official F1 Esports Virtual Grand Prix series taking place.

Norris and Williams driver Nicholas Latifi will be taking part in both of those events, while Charles Leclerc, Alexander Albon, George Russell and Antonio Giovinazzi will join them in the second in a race around the Australian Grand Prix circuit.

Verstappen has opted against taking part in the F1 Esports Virtual Grand Prix series as he’s not too familiar with the F1 2019 game used in it. 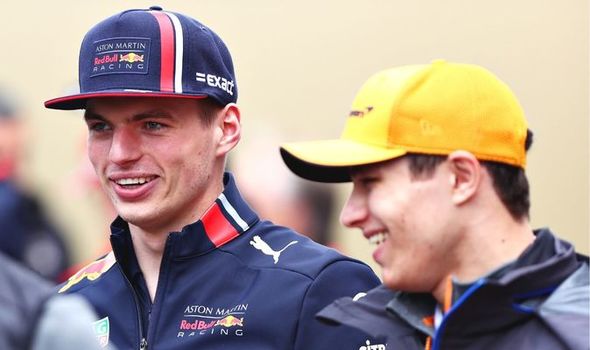 Asked if Verstappen was running scared of him, McLaren driver Norris told Sky Sports F1: “Absolutely! No, I’ve got no clue.

“The F1 game is really good fun. You’re racing an F1 car, it still feels quick, the cornering speeds and everything. You get the feeling of driving a Formula 1 car in some aspects, and you get to drive on a lot of the F1 tracks, which is good.

“But you have some of the other programmes like iRacing, which is the one we compete against each other on, and there’s just more variety. You can race GT cars, you can do single seaters, you can do a lot more different stuff. That’s what I guess he [Verstappen] enjoys a bit more, the changing from one car to the other and the variety, rather than always driving on the F1 stuff.

Why Max Verstappen has turned to esports 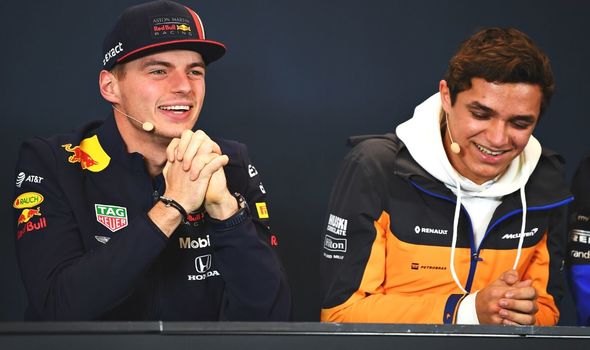 “So I don’t think he’s driven on it [F1 2019] much anyway and he always says that when he joins something he wants to join and win. So I don’t know if he doesn’t want to join because he knows he’s not going to win, or the fact that he just doesn’t spend much time on it and therefore he’s not very confident.

“I don’t know… Red Bull should just tell him he needs to drive on it and then I think he’ll be better!”

Verstappen and his F1 rivals have seen the first eight races of the 2020 campaign called off due to the coronavirus pandemic.

And the earliest they can expect to go racing again is on June 14, when the Canadian Grand Prix is scheduled to take place in Montreal.