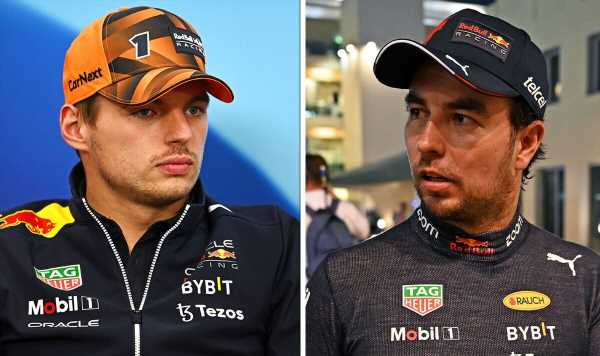 Christian Horner on Red Bull's success and hints at next step

Max Verstappen has claimed people would “not understand” the reasons why he ignored team orders to let Sergio Perez pass at the Brazilian Grand Prix. The Red Bull star said people don’t see what goes on “behind the scenes” as he attempted to justify snubbing demands in Sao Paulo.

Speaking to Viaplay, he said: “I think if I did that people would still not understand. People also don’t understand what goes on behind the scenes during the season. Somehow people think I’m not a team player while I’m always very open.

Verstappen’s race engineer Gianpiero Lambiase begged his driver to slow down on the final lap in Interlagos to allow Perez through. Red Bull wanted to see the pass so the Mexican could score more points for his championship battle for P2 in the standings with Charles Leclerc.

But, Verstappen flatly refused the order as he crossed the line in P6 and hit back at his engineers over team radio. Perez also criticised his team-mate after the race, suggesting his actions revealed “who he really is”.

Verstappen claimed he had “reasons” for not allowing Perez through with rumours suggesting it was down to an incident at the Monaco Grand Prix. The 25-year-old has never revealed if the claims are true but answered “yes” when asked if it was down to something that happened in the past.

Christian Horner revealed the team discussed the issue after the race and Verstappen accepted he would help Perez in Abu Dhabi. But, Perez missed out on securing P2 after Leclerc pipped him at the final race.

Verstappen has now suggested the issue could have been simply down to Perez using his set-up.

The reigning champion added: “People don’t see it, but during a season everyone is busy with it’s own set-up. Together with GP (Gianpiero Lambiase) and the other people, we are generally quite good at finding the right direction. Usually, that is also copied by the other side.

“Of course, things like that are never said and you don’t have to. However, all those things do weigh in on the team. I never hold back. I am very open about what we are going to do and indicate what can be tried. Somehow people don’t understand that, but of course you can.”