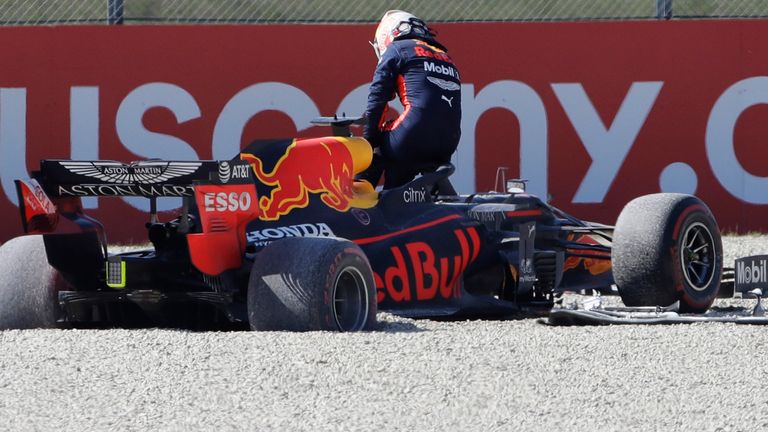 What a generally excellent experience the Tuscan Grand Prix in Mugello was.

The track and race reminded me of a few decades ago with edgy high-speed corners, gravel traps awaiting the wayward, and a low number of finishers. But unlike those days the non-finishes were largely down to crashes rather than a combination of incidents and unreliability.

The latest F1 cars looked outstanding around the fast turns, more than enough speed to demand precision, commitment and bravery from the wheelsmiths.

The track and event challenged everybody in terms of the great unknown, quite windy conditions, and a relentless series of 15 corners followed by a very long pit straight in scorching hot conditions.

It challenged all of the skillsets and the victor would need a calm head and a heavy right foot to win through what turned out to be a race lasting 2hrs 19 minutes. Lewis Hamilton won from pole position while scoring the point for fastest lap just to really rub his team-mate’s nose in it.

Valtteri Bottas in the sister Merc aced the first start and led well. He also aced the safety car restart after a multiple first-lap shunt which included Monza golden boy Pierre Gasly and fast boy Max Verstappen, with supporting roles for several others including a seemingly bullet-proof Kimi Raikkonen. 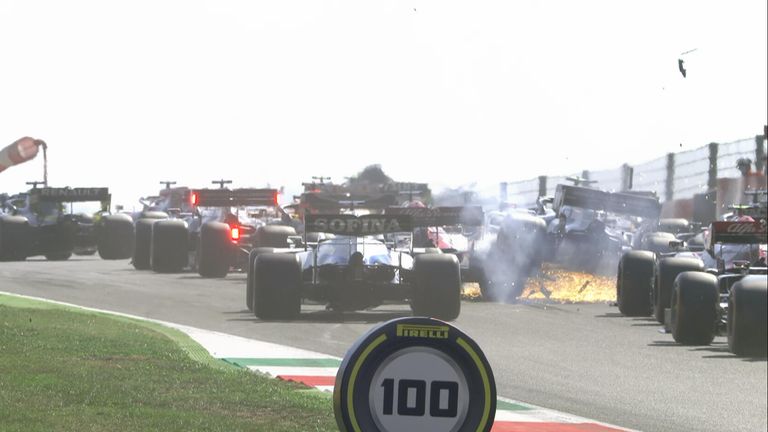 For the second consecutive Sunday, and the third time in nine races, Verstappen was having power unit problems which would almost certainly have led to retirement anyway, and he’s understandably not impressed. Strangely the same units in his team-mate Alex Albon’s car and the sister team of Alpha Tauri for Gasly and Daniil Kvyat seem more reliable.

Many drivers though were not at all impressed with Bottas’ very late safety car restart technique. It was his prerogative to control the pace as leader and accelerate when he wanted. Those in the second half of the grid were so hair trigger watching each other they were underway before the leaders and met with horrible energy in the middle.

It was the perfect storm in a way. The safety car lights went out reasonably late but we don’t want that out on track one more lap than necessary after clearing up incidents, and in any event the distance from the finish line down to the first corner ensured anyone leading would not accelerate until the last moment in the certain knowledge they would be swamped by slipstreamers into turn one otherwise.

There was also a green flag and green light panels flashing away at the line, but you can’t overtake until that point anyway. Those in the second half of the field quite rightly saw opportunity and risk, so were itching to accelerate hard as soon as they thought the pack was away. 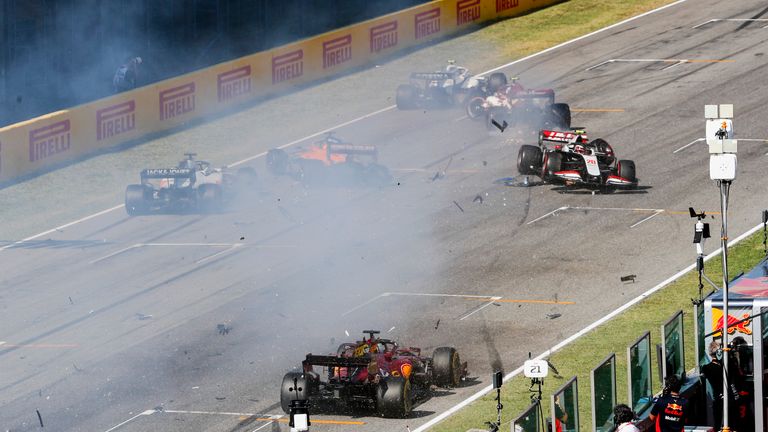 They are quite unsighted behind others drivers’ rear wings and they are born racers. Maybe the pit walls should have been reminding them that the acceleration point could well be late, and perhaps they should have known. The stewards officially warned the 12 at the back and exonerated Bottas.

It was another big multiple shunt and thankfully nobody was hurt. Carlos Sainz in particular had a heavy impact and so we had a red flag to clear up the mess. There was a huge amount of damage the teams can ill-afford in this rapid-fire season, and by lap six we had lost seven cars.

On the standing restart Hamilton judged everything to perfection to slipstream into a lead he would never lose. He’s such a smart street fighter you wonder how he could ever be beaten in that car.

There was more contact here and there but what soon became clear, just as in the F2 and F3 races, was that with a strong headwind and a slipstream to help out, the DRS drag reduction system was very powerful down the one-kilometre pit straight. Probably a little too powerful.

Daniel Ricciardo looked set fair for his first podium behind the Mercs in his Renault but would ultimately lose out to Albon’s Red Bull. 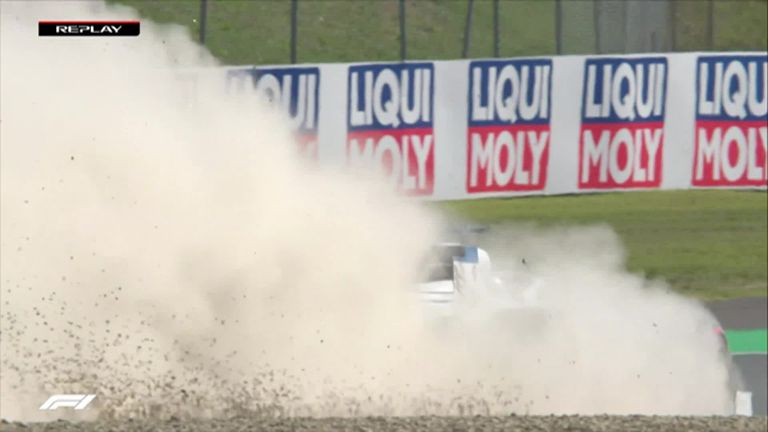 George Russell for most of the race was looking good for his first-ever world championship point or two. His qualifying lap trip across the gravel and grass at 170mph absolutely flat-out was one of the most impressive pieces of driving I saw all weekend. A bit mad actually, and it could have been an airplane crash, but his instinct was to keep it pinned and I like that.

On lap 42 Lance Stroll, who had run very well all race up to that point, had a left-rear failure of some kind and struck the barriers hard for a second red flag. It was also a devastating amount of damage including new aero parts the team could ill-afford. Then we were down to 12 running cars. 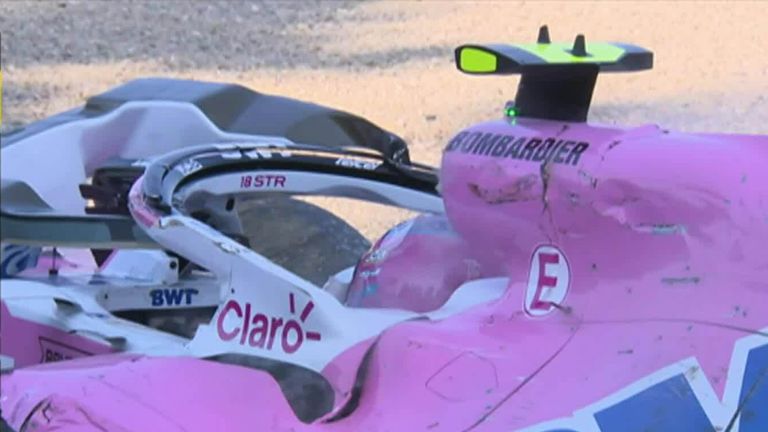 Bottas had, a couple of laps earlier on his radio, wished for a safety car which kind of duly came in the form of a third standing start in which he had a chance to replicate Lewis’s earlier slipstream and outbraking manoeuvre. Except he fluffed the start and temporarily fell to third.

We saw the same thing at Monza just seven days before when the drivers had to judge a standing start with fresh tyres and a much lower fuel load than normal. Some aced it better than others.

Albon had the mighty Red Bull team resting on his shoulders after Verstappen’s retirement and he didn’t disappoint with some fine overtakes around the outside of turn one. His risk and reward ratio seems better judged now and it was a very timely and well-deserved podium for him.

As he said on the radio on the slowing down lap “thanks for sticking with me”. It was a pivotal moment in his career which will hopefully clear the mental log jam and allow him to deliver his potential for the remainder of the season. 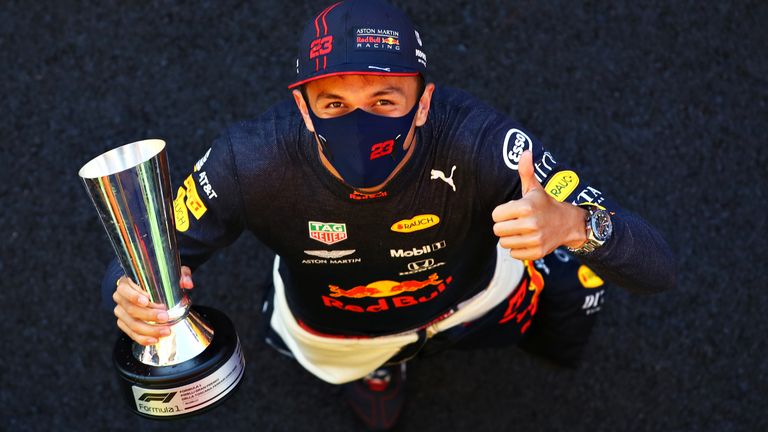 I was looking forward to a Ricciardo ‘shoey’ on the podium, but it was not to be. Other survivors were Sergio Perez scoring points yet again for Racing Point in fifth, Lando Norris for a solid sixth for surprisingly struggling McLaren, and Kvyat for seventh for AlphaTauri as one of the 12 valiant finishers.

It was a dismal day for Ferrari in eighth and 10th at their 1000th race celebration in their own back garden. It wasn’t their worst race, but it certainly wasn’t the best, and it’s painful to witness.

Raikkonen snook home for his first world championship points of the season in ninth despite all his adventures and a five-second penalty for cutting across the pitlane lines.

In the final flurry, Russell missed out on a golden opportunity for Williams points despite a fine drive keeping Vettel’s works Ferrari more than honest all race.

If that’s the one and only GP at Mugello then it was well worth it. Let’s hope we return, and it also makes me very much look forward to returning to old-school Imola in a few weeks too.