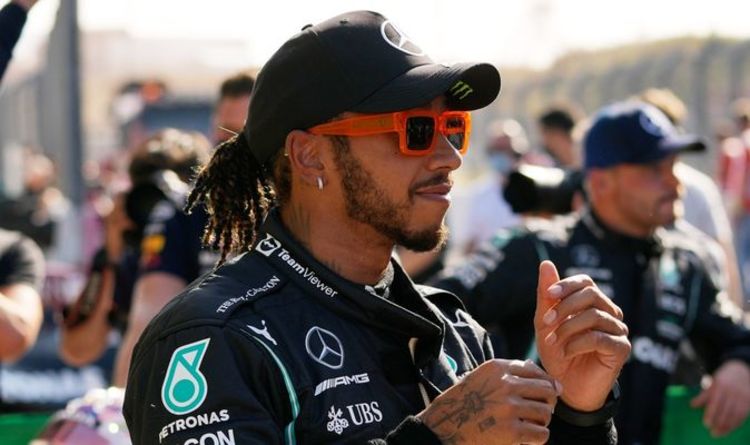 With Mercedes still yet to confirm their second driver for next season, talk continues to swirl surrounding the futures of both Russell and Bottas – who are vying for that all-important seat under team principal Toto Wolff.

Russell, following his second-placed finish and first ever podium at last weekend’s Belgium Grand Prix, is breathing down Bottas’ neck for the Mercedes seat following a difficult season for the Finnish driver – who sits fourth in the Drivers’ Standings.

And with Mercedes’ decision firmly on everyone’s minds, Hamilton fuelled talk even further with a certain gesture during Dutch Grand Prix final practice on Saturday.

F1 reporter Lawrence Barretto took to Twitter on Saturday to reveal Hamilton’s actions after final practice was red-flagged at Zandvoort.

After Ferrari driver Carlos Sainz crashed at Turn Three, the red flag immediately came out during FP3. But as the cars formed a queue to leave the pit lane following the crash, Hamilton showed a touch of class.

Russell was waiting patiently for another driver to allow him out onto the fast lane, but after several cars drove past, Hamilton left a gap for his potential new Mercedes team-mate to come out and get going again.

The move certainly will have got plenty of fans talking, with a decision expected to be made following the Dutch Grand Prix, which has returned to the F1 calendar for the first time since 1985.

Russell was hoping to build upon his second-place finish at Spa last weekend, but he endured a disappointing qualifying on Saturday afternoon.

The young Brit went spinning across the gravel when on a flying lap during Q2.

Russell was three tenths up on 10th-quickest time so had a strong chance of making it into Q3 but after hitting the barriers, his ambitions were immediately shattered.

Russell was able to drive the car back to the pits while the red flag was waved and Q2 was then suspended.

“Just pushed it too hard in the last corner,” Russell was heard saying over the team radio.

Williams engineers raced to get Russell’s car ready to finish the second qualifying session, of which there was three minutes and 54 seconds remaining.

However, they were unable to get the 23-year-old back on the track in time.