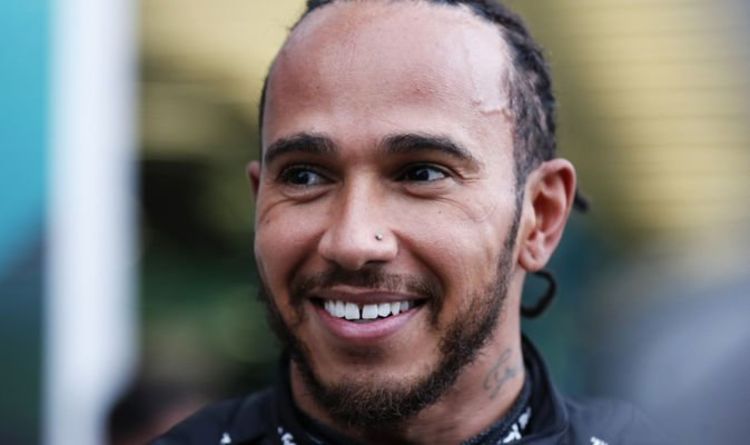 Lewis Hamilton’s great Formula One legacy continues to grow after he notched 100 race wins at last weekend’s Russian Grand Prix. In what proved to be one of the most dramatic and enthralling races of the season, the seven-time champion took the chequered flag to become the only F1 centurion for race victories.

The 36-year-old is the most successful driver in the history of the sport and should he capture a record-breaking eighth F1 world championship, Hamilton would have put together arguably the greatest single season in motorsport.

79 of the Mercedes driver’s wins have come with his current team, while the other 21 were while he was driving for McLaren.

There have been some truly spectacular wins over the years which showcased Hamilton’s elite skills behind the wheel, which we will take a look at below.

This list would not be complete without the first of Hamilton’s first 100 F1 victories, which came 14 years ago at the Canadian GP.

Lewis Hamilton led from the start, preventing his teammate at the time Fernando Alonso from overtaking at turn one.

In what was his debut season, the driver won on only his sixth race start, just a day after taking his first pole position.

The Canadian GP is suited to Hamilton’s style and has proved to be one of his most successful circuits with seven wins, tied for the most alongside Michael Schumacher.

This race showed Hamilton’s superb ability to drive in wet conditions and extract the best from his car.

He not only overcame adverse weather conditions but also a collision with a barrier, a puncture and a slow puncture en route to his first victory take his first win at Monaco.

He started third on the grid, Hamilton fought past Kimi Raikkonen before hitting the barrier.

The motorsport legend took full advantage of a subsequent safety car and drove superbly on a drying track and went on to cross the line first despite a puncture late on.

Hamilton recorded the first of his eight wins at Silverstone in 2008, which proved how he is able to rise to a challenge and make the most of a less than ideal situation.

Due to a mistake that led to him taking a bit of the gravel in the dry qualifying session, Hamilton began the race in fourth place.

He swept past Ferrari’s Kimi Raikkonen and Red Bull’s Mark Webber before Copse corner and by lap five, he was in the lead.

The Briton delivered another masterclass in the wet conditions, storming from the rest of the field to win the race 68.557s clear of runner-up Nick Heidfeld.

Hamilton was so dominant, he recorded the largest margin of victory in F1 history.

The Bahrain GP in 2014 hosted a battle between Hamilton and Nico Rosberg, two fierce rivals as well as teammates.

While we have highlighted Hamilton’s attacking exploits so far, this race win illustrated how adept the Mercedes driver is at defending, as he fended off his rival to take maximum points.

Hamilton started second behind Rosberg and took the lead from the German on turn one of the race’s opening lap.

The 2016 World Champion failed to regain the lead on lap 19 and when the pair swapped tyre strategies, Hamilton held a slender lead towards the end of the race.

He held off Rosberg with tactical energy deployment from the new hybrid power systems but with six laps left Rosberg snuck up the inside and the drivers went wheel-to-wheel from turn 1 to 4. He tried once again, but Hamilton was too strong and won an enthralling battle.

The race was won by Hamilton after a battle with Kimi Räikkönen. Hamilton caught and passed Räikkönen with 9 laps remaining.

On the opening lap, he toughed it out round the outside of his title rival Vettel into the chicane, judging the move just right as Vettel ran deep, hit the Mercedes and spun off the track.

Hamilton overcame a Ferrari one-two at its home race and raucous crowd while negotiated some stiff challenges.

This proved to be a defining moment in Hamilton shattering Ferrari’s challenge in the title fight.

In a race marked by controversy on the rules surrounding track limits, Hamilton and Verstappen put on an entertaining duel which would set the tone for this dramatic F1 season.

When the race began, Verstappen, who started on pole, had the lead over Hamilton through the first corner and managed to build a decent lead.

On lap 32, Verstappen pitted and emerged nine seconds behind Hamilton, but on much fresher tyres, with sixteen laps remaining in the race. He quickly closed the gap to his rival, going faster than anyone else in the process.

By the start of lap 51, Verstappen had closed to within a second of Hamilton, and overtook the Mercedes around the outside of turn 4 on the next lap; but he was instructed by the team to hand the position back after he went off track to get past.

The Red Bull was then hit by oversteer caused by the dirty air off the Mercedes on the exit of turn 13, and Verstappen lost significant time trying to bring it under control.

This gave Hamilton the opportunity to pull away, and the rapidly-closing Verstappen was not able to overtake before the end of the race. Despite Red Bull having the faster car, Hamilton held off the Dutchman to win the race 0.7 seconds ahead of him.