Lewis Hamilton has a ‘weakness’ that Valtteri Bottas can exploit in the Eifel Grand Prix, according to Nico Rosberg. The Brit has been on song for most of this season, but lost his head last time out in Russia. And he’s currently hunting a seventh World title that would draw him level with the legendary Michael Schumacher.

Hamilton missed out on pole position for the Eifel Grand Prix on Saturday, finishing second in qualifying.

Bottas instead grabbed top spot with his final lap to take pole by 0.256 seconds, with Red Bull’s Max Verstappen then finishing third.

For Hamilton it meant an end to a five run of five consecutive pole positions, with the Brit now having much work to do in the main event on Sunday.

Last time out, in Russia, the 35-year-old lost his cool.

Hamilton reacted badly to what he perceived to be two unjust penalties for practicing a start outside the designated area on his way back to the grid.

He then accused stewards of doing their best to stop his charge towards a record-equalling title. 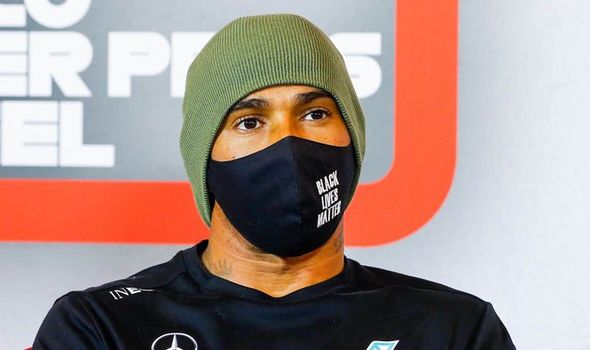 Afterwards, he apologised for his comments.

But Rosberg feels Hamilton’s temperament is his biggest weakness, telling Sky Sports: “Exactly, and that’s the weakness Lewis has.

“Sometimes he can lose his momentum and he can dip down, and he’ll stay down for a couple of races.

“So if Lewis really is in this period now – which we don’t know yet, we’ll see how tomorrow [the race] goes – then Valtteri needs to be winning and maximise those points because it’s the only opportunity you get and the only chance you have to compete with Lewis.”

Rosberg then urged Bottas to focus on exploiting that weakness, saying: “That lap from Bottas out there was fantastic.

“I looked it at and it was like, perfect. And under all that pressure! 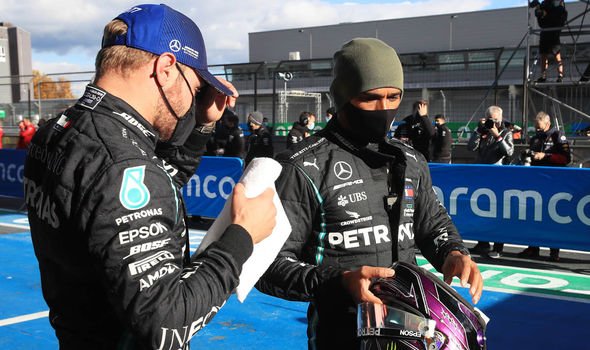 “That’s exactly the message he needs to send Lewis’ way: ‘This is not over yet, I’m still in the championship fight’.

“If he can continue that [in the race], that would be great.”

After finishing second in qualifying, Hamilton vowed to get his ‘head down’ and work hard to secure victory.

“I’ll just try to understand what happened today,” he said.

“Tomorrow is a long race.

“We’ll see tomorrow with the weather. It’s a lot cooler here. Not the easiest place to overtake either. But there could be lots of opportunities, so I’ll be pushing hard.”

Hamilton also feels the weather could impact his chances of victory.

The Brit continued: “It’s going to be a challenge if it’s this cold or even colder tomorrow potentially.

“Usually the colder the track goes it moves more to wear at the front end of the car more than the rear.

“When it gets hot it’s the rear end that struggles most. So, it will be interesting to see how far we go tomorrow.”