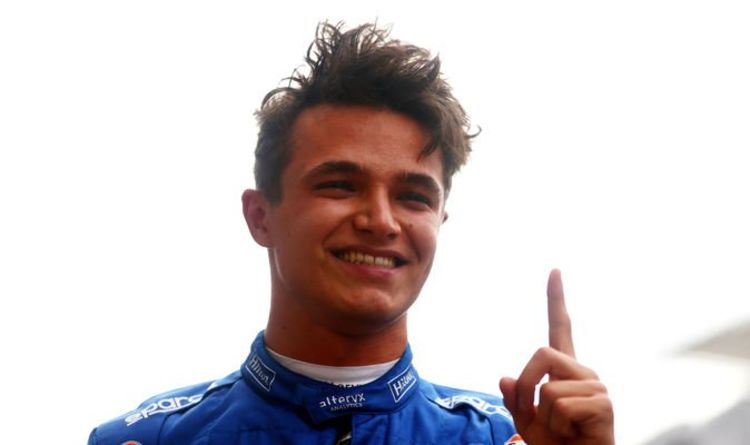 It was majestic, it was exhilarating, it was ultimately heartbreaking. The display of Lando Norris at the Russian Grand Prix ended in torment for the 21-year-old when adverse weather, and questionable team strategy, scuppered what seemed certain to be a maiden F1 race win. McLaren’s refusal to bring him into the pits to change tyres as soon as the rain came down in Sochi prompted much discussion, but amidst it all one notion seemed abundantly clear – a new star had been born.

What will be intriguing now however, is just how brightly that star can shine as his F1 career unfolds?

Lewis Hamilton it seems, is in little doubt. It was he who benefited from the late drama in Russia to overtake Norris and notch his 100th Grand Prix win, but afterwards lauded his fellow British driver for doing an ‘incredible’ job before declaring: “He’s so young, he’s got so many wins ahead of him. He’s doing a great job leading that team.”

Whether Norris will achieve the ‘many’ victories that Hamilton envisages in a McLaren is of course, up for debate. The team is third in the Constructors’ standings and rising back towards relevance after a difficult few years, but the prospect of seriously challenging Mercedes and Red Bull for titles remains a considerable way off.

Which perhaps makes this breakthrough season for the 21-year-old Norris yet more impressive. If his 2019 and 2020 campaigns yielded flashes of promise, 2021 has seen him battle with the big boys.

Fourth place at the season-opening Bahrain Grand Prix, followed by a second ever podium finish at Emilia Romagna, set the tone.

Further podium places came in Monaco and Austria before finishing behind teammate Daniel Riccardio in Italy, as McLaren notched a first one-two finish since the 2010 Canadian Grand Prix.

His Saturday heroics in Russia landed him a first ever pole position, and his display out in front until the fateful late rain appeared synonymous with a driver who possesses a composed head on young shoulders.

Norris is currently fourth in the drivers’ standings, just 12 points off Valterri Bottas, but while a top three finish would represent a big achievement in a car noticeably slower than what Bottas, Max Verstappen, and Hamilton enjoy above him, hype around Norris now extends way beyond how this season will culminate for him.

The 2016 world champion, Nico Rosberg, has no doubt about his credentials.

“Absolutely Lando has what it takes to be a world champion,” he said earlier this year. “He’s proving it this year more than ever up against Daniel (Ricciardo), who’s a phenomenal driver. The way he has been dominating him this year has been really impressive.”

Indeed, Norris clearly boasts the race management and driving skills to compliment the exuberance of youth.

In Austria this year, his temperament was tested when he received a penalty during the race after being judged to have forced Sergio Perez off the track. He duly recovered to finish third.

In Sochi, he lost his lead as early as the first lap after being overtaken by Carlos Sainz – but kept his head to retake it on lap 13.

Given his successful junior career, perhaps it is no surprise his pedigree is shining through, and his current campaign should not prove a no one-off.

Already, there have been links, and apparent talks, with Red Bull. McLaren have already rewarded him with a contract that keeps him there until 2023 – it’s keeping him beyond that which may prove difficult if he continues to excel and improve at this rate.

Hamilton has admitted to being wary of his ability. Depending on how long the current seven-time world champion hangs around, he may soon have to be wary of him in a title race too.