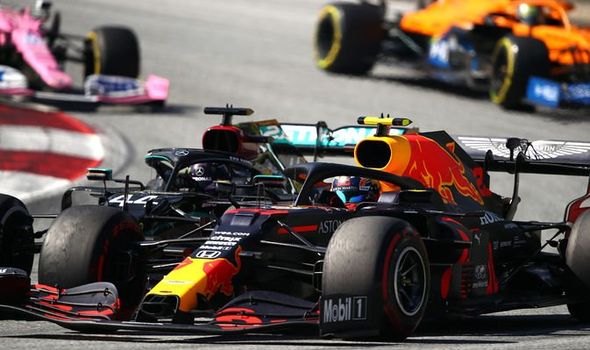 Lewis Hamilton has been urged to apologise for colliding with Red Bull driver Alexander Albon. The incident ended Albon’s hopes of a podium finish at the Austrian Grand Prix, and Hamilton has been criticised for not leaving enough space.

Albon went from third to last after the incident and ended up retiring from the race, while Hamilton finished second but was handed a five-second penalty meaning he took fourth place as Valtteri Bottas secured victory.

Hamilton accepted the blame for the incident and said he would take whatever penalty he was given.

Albon was emotional in his own interview and said he needed to cool off before speaking to Hamilton.

But Red Bull team boss Christian Horner has called on Hamilton to apologise to his young driver.

He said: “[He] got the job done, the pass was made, it wasn’t like it was on the entry, what overtake is safe at the end of the day? Lewis isn’t going to wave him past.

“We have to use the grip advantage and he used that. It was just a misjudgement from Lewis at the end of the day and he should apologise for it.” 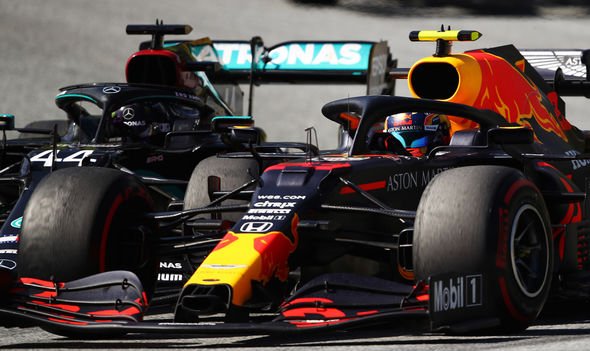 Red Bull finished the opening race of the F1 season without a point after Max Verstappen was the first man to retire after an electrical problem.

“As soon as Mercedes turned the engines down after the first stop they came back into our straight line speed.

“The positives are we were able to put together a competitive race, and we’ve got some pace to find this week – we’ll come back stronger.”

On the Albon incident, Hamilton said: “I don’t really feel particularly any way right now,” Hamilton said. “The race is done and I just feel like moving forward. Of course, it’s not been a great weekend for me. And I think yesterday was entirely my fault.

“It was a bit odd, for sure today, in the preparation but it is what it is and that didn’t destabilise me. It just encouraged me to go out there and try and drive as best I could. I feel like I did. Obviously had great pace to catch up with Valtteri.

“And then a really unfortunate scenario with Alex. I can’t believe we’ve come together again. It really felt like a racing incident. But, either way, I’ll take whatever penalty they feel I deserve and move forward.”

“Mercedes had the pace, but as it all played out it looked really strong for us – they were on the hards and when went for the overtakes. I was confident and… it’s what it is.

“There’s always the risk of overtaking on the outside but I gave it as much space as I could, I was on the edge and it’s up to him if he wants to crash or not.”

And when asked about talking to Hamilton he said: “I’ll cool off and I’ll come back [to speak to Lewis].”