The Portuguese Grand Prix’s second practice session was full of drama as Lewis Hamilton struggled for pace and Max Verstappen had an X-rated rant at Lance Stroll for causing him to spin onto the gravel.

However, the most scary incident came when Pierre Gasly’s AlphaTauri set alight and was bellowing with smoke.

Stewards had to dash across the track as the red flag was waved to try and calm the flames.

Gasly also jumped from his car and sprinted towards the extinguishers as he wanted to help put the fire out.

Ex-F1 driver Paul Di Resta felt there was a fuel or oil problem because of how quickly the fire spread.

“That looks like some sort of oil or fuel or something, because that went up too quickly and too aggressively,” Paul Di Resta told Sky Sport. 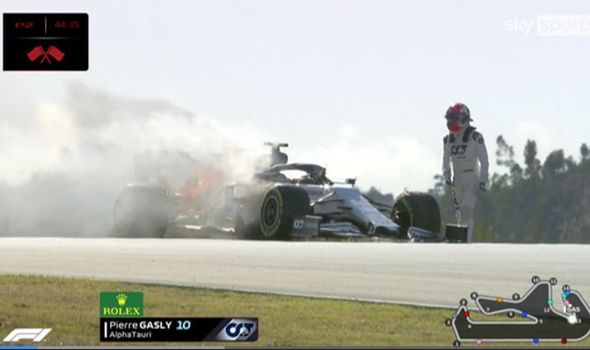 “It didn’t sound like it was something really bad with the engine.

“He stopped quickly. But I would suspect something has just blown off, some sort of leak.”

After the session restarted there was another major incident as Stroll, who had just finished an out-lap, collided with Vertsappen, who was starting his quick lap.

Verstappen was furious at the Racing Point star for pushing him onto the gravel as both cars were sent spinning. 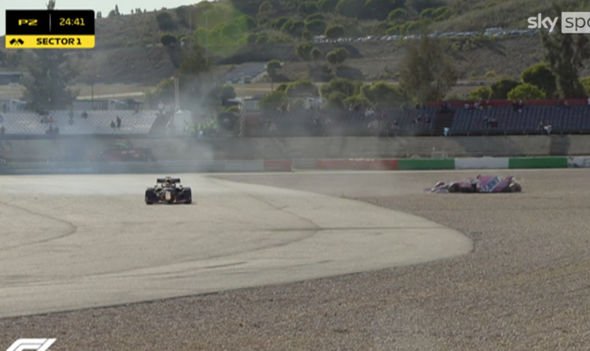 “Is this guy blind? What the **** is wrong with him?,” the Dutchman raged over the team radio.

Verstappen was asked about the incident afterwards and he said: “So I don’t know where I had to go.

“I was starting my lap, he just finished his lap. We’ll see what happens. It’s just a shame that we touched, it was just very unnecessary.”

The Red Bull star was also quizzed on if his reaction over the radio may have caused offence to those watching. 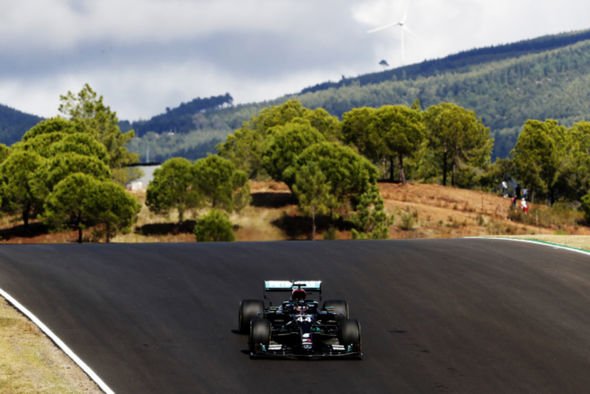 “Not my problem,” he replied.

Valtteri Bottas was the quickest in FP2 with team-mate Hamilton down in eighth.

Mercedes are expected to perform better when qualification takes place tomorrow and Hamilton will want to secure a spot at the front of the grid.

The six-time world champion is looking to surpass Michael Schumacher’s race wins record after equalling the legendary German last time out at the Nurburgring circuit.