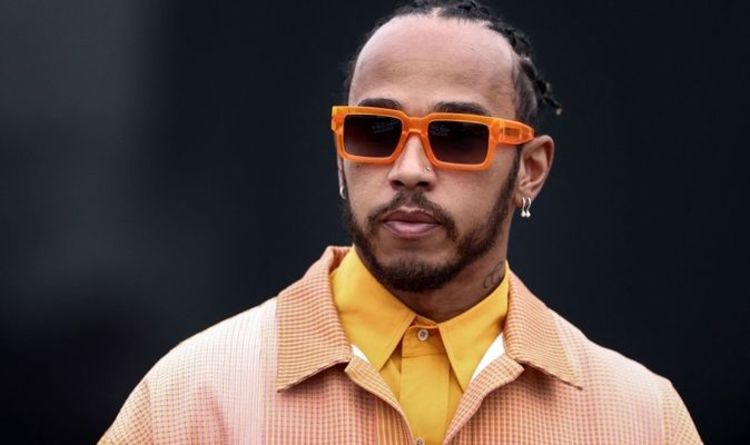 Formula One managing director Ross Brawn believes Mercedes avoided what could’ve been “a disaster” at the Turkish Grand Prix, as Lewis Hamilton ignored calls to pit during the race.

Hamilton, recovering from a 10-place grid penalty, had fought his way through the pack to sit third when Mercedes called him in to pit for new intermediate tyres.

But with a drying track, Hamilton was reluctant to risk a potential two-stop strategy, and overruled the team, with Ferrari’s Charles Leclerc also hanging on to his tyres in second.

But with the Ferrari’s wear too much, Leclerc pitted, with Hamilton and Alpine’s Esteban Ocon the only two opting against fresh tyres.

With 51 laps on the board, Hamilton eventually conceded and changed for new tyres, rejoining the race in fifth, losing two places thanks to their late pitstop.

Hamilton was heard frustrated on the radio, complaining of graining to his race engineer Peter Bonnington, and questioning why he didn’t know he would lose two positions.

When told he was fifth Hamilton replied: “We shouldn’t have come in man… I told you.”

Brawn believed Mercedes had backed themselves into a difficult situation with the “push back” from Hamilton.

“Once again teams were faced with a very difficult strategic decision,” Brawn said in his column for Formula One. “In these scenarios, you’re trusting your judgment, experience, and feel.

“As we saw with Lewis, there was a fair bit of initial resistance from within the car about pitting.

“When these situations are not clear-cut and you get a push back from the driver, it’s easy for a team to back off what they feel was the right decision.

“The driver is in a bubble. They need to give you information, but what they can’t see is all the data being fed to the pit wall.

“In Lewis’ case if he didn’t box and the tyres had gone away or there had been a light rain shower, he would have tumbled down the order and that would have been a disaster.”

Ocon was the only driver to finish the race on the same set of tyres he started on, something Hamilton had suggested to his team.

When told by Canal+ that the Frenchman finished the race with no pitstop he replied: “He did?”

“I don’t know what to say. If Ocon did it then I could do it for sure,” added Hamilton shaking his head.

He told Sky Sports after the race: “I feel like I should have stayed out. My gut feeling was to stay out, and I feel like that’s what I should have done. So I’m frustrated in myself for not following my gut.”

Hamilton added: “It felt good to be in third and I thought if I just hold onto this, this will be a great result [starting] from 11th. This is worse, but it could be worse.”

Main title rival and now championship leader Max Verstappen heavily capitalised in Russia despite starting from the back of the grid, and with mixed feelings in the Mercedes camp after Turkey, Mercedes boss Toto Wolff warned that any DNF’s could now put the championship to bed.

“In the end, we lost eight points today [Sunday] to Red Bull from a grid penalty and Red Bull last week were happy with a seven-point loss,” said Wolff. “It’s going to be very tight until the end [of the season].

“DNFs are going to make the big difference and that was also a consideration today, not three or four or five-point swings.”

“The whole season swings back and forth, we make mistakes together, we win together,” added Wolff. “We decided for one thing and it went wrong.

“We have had much bigger swings in the past with lost opportunities and this one was a very close call.”