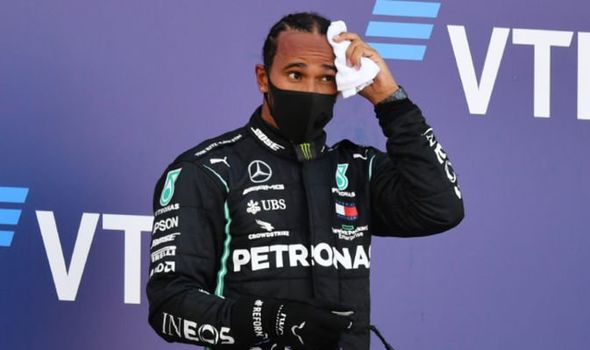 Lewis Hamilton has made an astonishing claim that the Russian Grand Prix stewards set out to stop him winning the race after he was hit with a 10-second race penalty.

Hamilton was handed two five-second penalties for doing practice starts outside of the designated area.

That cost the Brit a potential victory as he finished third behind Valtteri Bottas and Max Verstappen, despite starting on pole.

When asked about the punishment, Hamilton fumed: “It’s ridiculous.

“Of course it is, it’s to be expected. They’re doing everything they can to stop me.

“I’ve just got to keep my head down and keep focussed.”

Sky Sports F1 pundit Johnny Herbert leaped to the defence of the stewards after Hamilton’s remarks.

“The time I’ve spent in the stewards office, there is no incline that is the case,” he said.