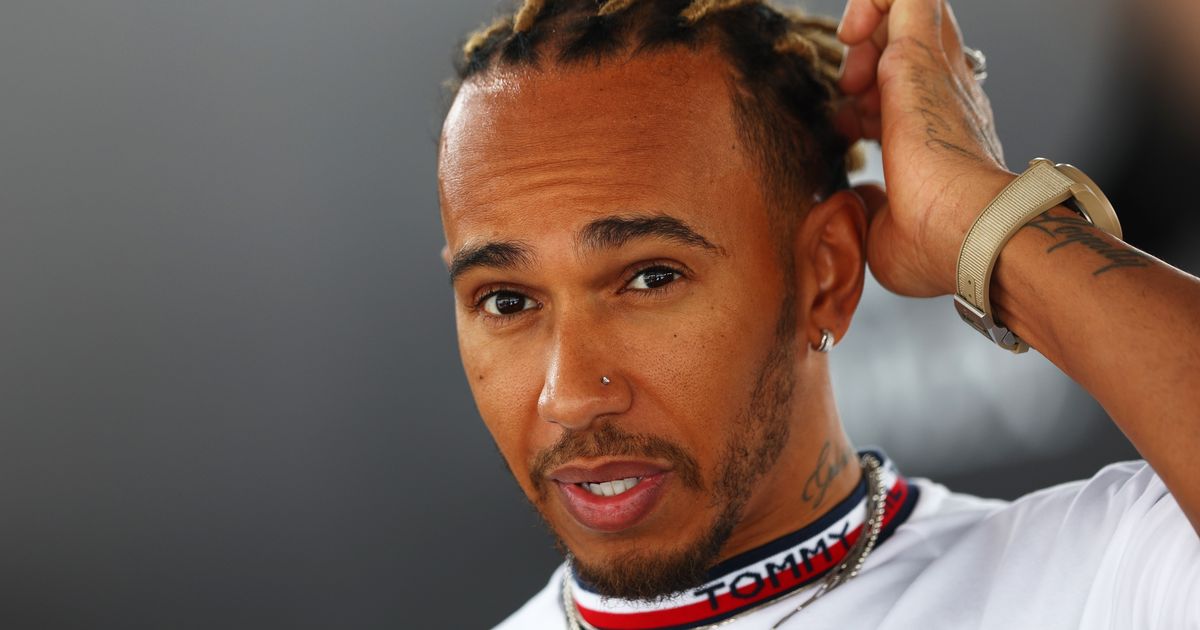 Lewis Hamilton is on the cusp of being banned from this weekend's British Grand Prix as the row over wearing jewellery in the cockpit reaches fever pitch.

The 37-year-old is standing his ground, as it stands, in spite of the jewellery ban imposed on drivers by Formula 1 this season.

Hamilton has failed to remove a nose stud and several earrings, which he claims are 'nearly impossible' to take out, but with the grace period regarding jewellery expiring today, the British driver now potentially faces expulsion from Silverstone.

F1 president Mohammed Ben Sulayem is keen to stick to his insistence that the previously unenforced jewellery rule is an important safety issue.

If Ben Sulayem is not talked into a compromise position, Hamilton could either be fined or even prevented from racing this Sunday, and beyond.

"I love jewellery. I absolutely love it. But in the car there can be no choice," Sulayem said last month. "People say they [the rules] haven't been implemented before. Don't ask me why not. People can ask the old regime why that is the case".

Should Hamilton be allowed to race wearing jewellery? Let us know what you think in the comments section.

It comes after former champion Nelson Piquet was banned from Formula 1 for life for using the n-word in Portuguese while talking about Hamilton. Piquet, whose daughter is dating Hamilton's arch-rival Max Verstappen, has since apologised, insisting that he didn't mean any offence.

"What I said was ill thought out, and I make no defence for it," he said in a statement. "But I will clarify that the term used is one that has been widely and historically used colloquially in Brazilian Portuguese as a synonym for ‘guy’ or ‘person’ and was not intended to offend.

"I would never use the word I have been accused of in some translations. I strongly condemn any suggestion that the word was used by me with the aim of belittling a driver because of the colour of his skin. I apologise wholeheartedly to anyone that was affected, including Lewis, who is an incredible driver, but the translation in some media that is now circulating on social media is not correct."