‘Action should be taken and we should be a lot stricter with it’: Lewis Hamilton calls for tougher stance against racism after speaking out over abuse aimed at England stars in Montenegro

Five times Formula One world champion Lewis Hamilton called on Thursday for more of a stand against racism in all walks of life after he spoke out against abuse directed at players in the England football team.

The Mercedes driver had used his Instagram account, with 10.2 million followers, this week to call out the ‘despicable’ chanting during England’s Euro 2020 qualifier in Montenegro.

‘Completely unacceptable, no room for this behaviour in any sport. #loveoverhate #silencethehaters,’ the Briton told his followers. 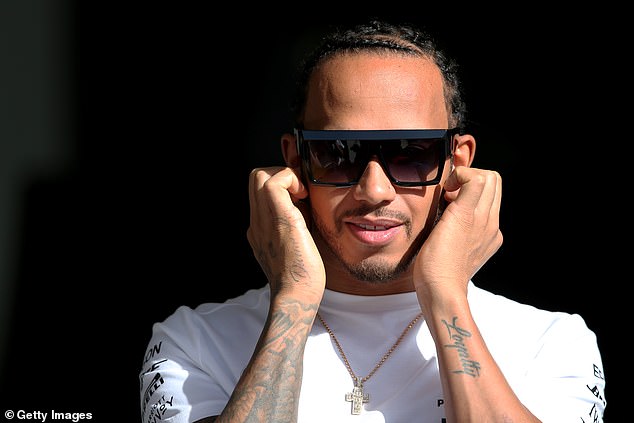 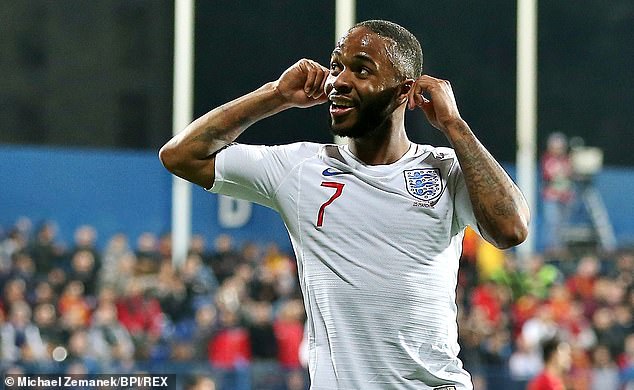 Hamilton told reporters ahead of the weekend’s Bahrain Grand Prix that it was ‘crazy’ to see such racism still so prominent in the world.

‘It is really there all around the world and racism is a real issue which is sad to see,’ he said. ‘It is great to see people standing by each other in support.

‘People need to stand up for it more,’ he added.

‘I remember being at school and you got a slap on the hand for it and it is just allowed to slide. That shouldn’t happen anywhere. Action should be taken and we should be a lot stricter with it.’

UEFA has opened an investigation after England players Danny Rose, Raheem Sterling and Callum Hudson-Odoi said they were victims of abuse in Podgorica.

Hamilton, whose paternal grandparents emigrated to Britain from the Caribbean island of Grenada, suffered racial abuse in childhood and also in his early career, notably in Spain in 2008 during testing ahead of his second season at McLaren. 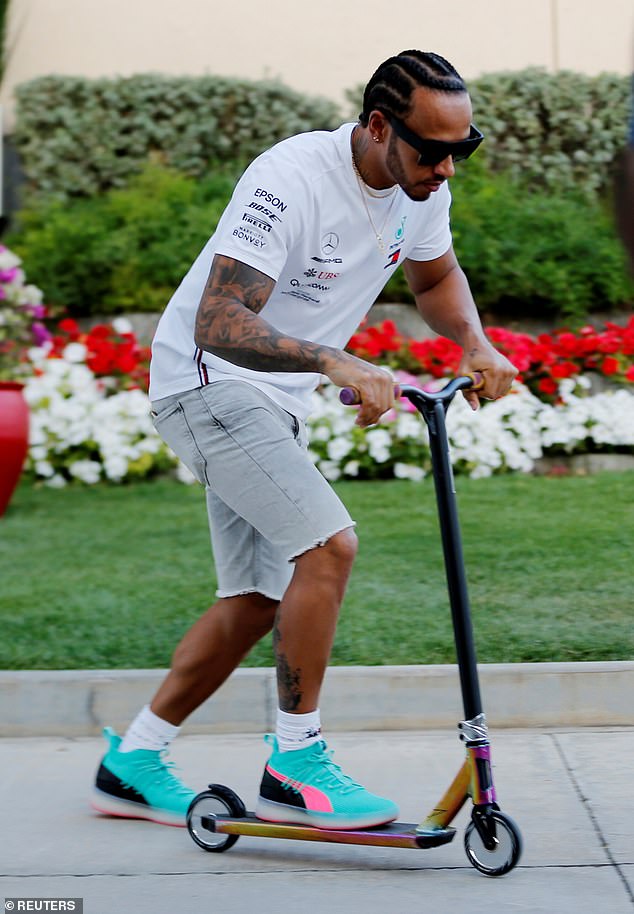 Hamilton suffered racial abuse in childhood and also in his career, notably in Spain in 2008

He is now the most successful British racing driver of all time and only the third driver to win five or more Formula One titles, as well as enjoying a high profile away from the racetrack.

‘I definitely feel like I am in a privileged position and I do have a big audience,’ he said of his use of social media to express his views.

‘There are so many issues around the world today, and there are certain things I am able to put on social media that people can react to, create a conversation, an opinion and hopefully steering change.’

Hamilton has also used Instagram to call for greater diversity in Formula One and to show support for former NFL quarterback Colin Kaepernick, who protested against racial injustice by kneeling during the U.S. national anthem.

‘There is barely any diversity in F1, still nothing’s changed in 11 years I’ve been here,’ Hamilton said a year ago on the social platform.

‘Kids, people, there’s so many jobs in this sport of which anybody no matter your ethnicity or background can make it and fit in.’

Manchester United tell non-playing staff they will NOT be furloughed

PGA’s new schedule for 2020 is a welcome, major conflict between Masters, U.S. Open and NFL