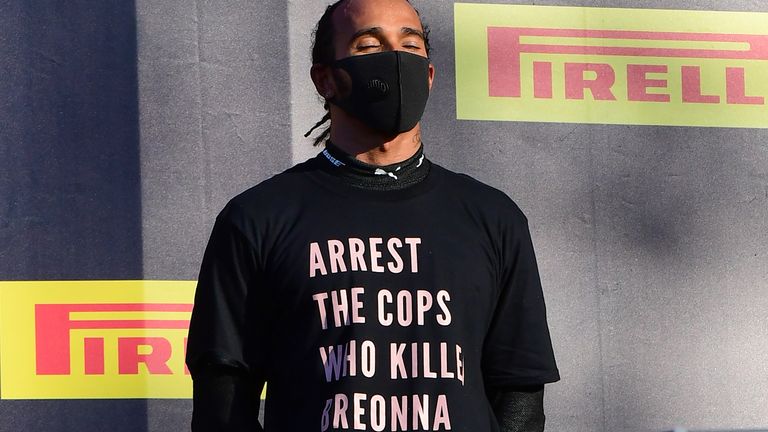 Lewis Hamilton wore a T-shirt both before and after his victory in Formula 1’s Tuscan GP, calling for justice for Breonna Taylor.

F1’s six-time champion wore the T-shirt on the podium as he collected his winner’s trophy and ended his post-race interview by saying: “Justice for Breonna Taylor.” The 26-year-old Taylor, a medical worker, was shot and killed by plain-clothes police officers raiding her home in Louisville, Kentucky, in March.

The front of Hamilton’s shirt featured the words ‘Arrest the cops who killed Breonna Taylor’, while the back contained her picture above the words ‘say her name’.

Hamilton first wore the T-shirt ahead of the race when he again took a knee, as F1 drivers again gathered in their anti-racism ceremony.