While Hamilton may be looking to deflect from a verbal joust with those in the Red Bull paddock, it’s hard to deny he isn’t feeling the pressure.

After five races this season, Hamilton finds himself trailing Max Verstappen by a meagre four points in the Drivers’ Standings.

“It is interesting what Christian (Horner, Red Bull team principal) comes out with, but I couldn’t care less.

“They did a great job this weekend and that is that. We have had some good races also, but as I said there are 17 races to go.

“So it starts to get a bit childish when you get into a war of words.” Horner is all too happy to fan the flames between the two side, claiming that Max is starting to get under Hamilton’s “skin a little.”

“Lewis loves all that rubbish, so just let him get on with it. I think Max does his own thing and is his own man,” Horner said.

“We’re not even anywhere near halfway yet, so can you imagine what it’d be like, if they’re that close going into the last few races?

“If the two guys are starting at the front of the race in the championship and it keeps very tight between them, it’s inevitable that at some point there’s going to be a touch.”

To heap even more pressure on Mercedes, they’re also behind Red Bull in the Constructors’ Standings, albeit by only one point.

What’s interesting to note is that despite Hamilton in second, he has won three races this season to Verstappen’s two — including a victory for the Dutchman in Monte Carlo.

The battle between the two will undoubtedly be a key storyline for the upcoming Azerbaijan Grand Prix, taking place on June 6.

The race also represents a golden chance for Australia’s Daniel Ricciardo to put a miserable weekend in Monaco behind him that saw the Honey Badger finish P12. The McLaren driver will look to repeat his Baku heroics of 2017, when he won the inaugural Azerbaijan Grand Prix with Red Bull. 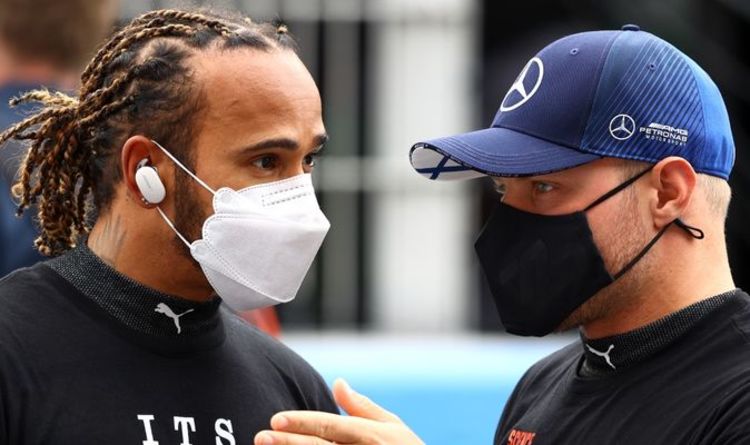