Charles Leclerc described his Ferrari Formula 1 team’s inability to get its tyres switched on during qualifying for the Turkish Grand Prix a ‘disaster’.

The 23-year-old driver and team-mate Sebastian Vettel looked set for a decent placing on the grid, based on the pace both men achieved in the wet and dry practice sessions.

But during qualifying neither driver could get their tyres to work, and Vettel ended up in 12th with Leclerc a further two places back. 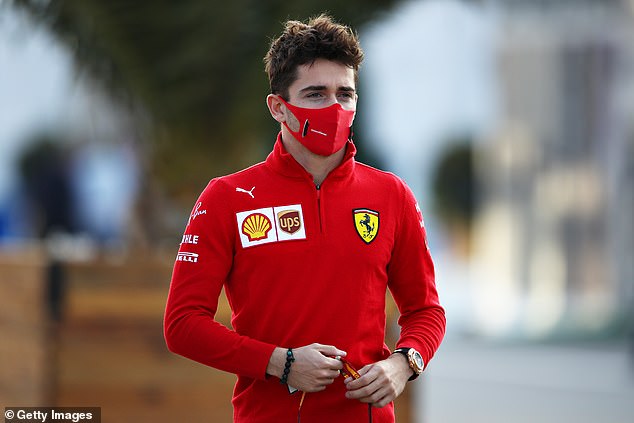 However, both men will move up a position due to McLaren’s Lando Norris’s five-place penalty for ignoring yellow flags.

Leclerc took to Twitter to voice his frustrations, the driver had been second fastest in the morning’s final practice session.

He said: ‘Was feeling really good in the wet during FP3, but we couldn’t switch on the tyres in qualifying for some reasons and it’s been a disaster. Disappointed about today but the race is tomorrow!’

He expressed his surprise on the team radio instantly after Q2 and Leclerc finished six seconds behind the best lap time. 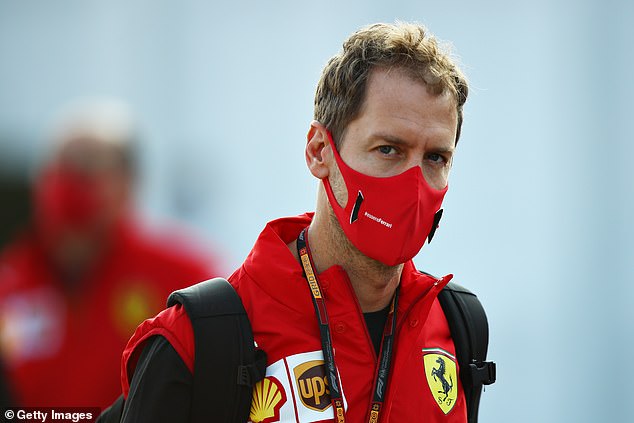 Speaking after the session, the Ferrari driver said the feel of the car in the afternoon had been different to how it felt in the morning, he had no explanation as to why this might be the case.

‘Unfortunately, our performance was worse than expected, after a reasonably good weekend so far,’ he said.

‘This morning it was raining quite hard. But I could feel the grip and I was confident with the car, but this afternoon it was a completely different picture.

‘We just could not make the tyres work in quali, we were struggling in the rain and being so far off the pace is really not good. I’m hoping for a dry race tomorrow.’ 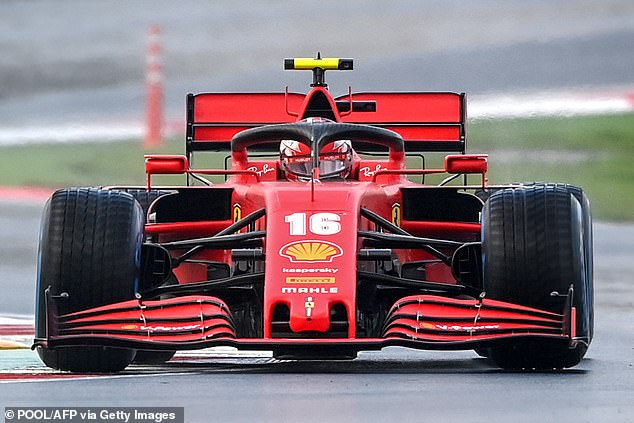 Vettel believed the crux of their problems lay with a minor difference in tyre temperature.

‘We were struggling just to generate heat in the tyres, and in a situation like this I think a couple of degrees makes all the difference,’ said the German. ‘Unfortunately we were not able to maximise our potential and I felt the extreme wet was our weakest compound. I’m quite sure the car was better than P12, but not in these conditions.’

Ferrari have endured a miserable Formula 1 season so far, they are currently sixth in the constructor standings and neither Leclerc or Vettel have won a Grand Prix in 2020.

After dominating F1 with the legendary Michael Schumacher winning five world titles in succession between 2000-2004, the Italian giants have not won an F1 title since 2007.