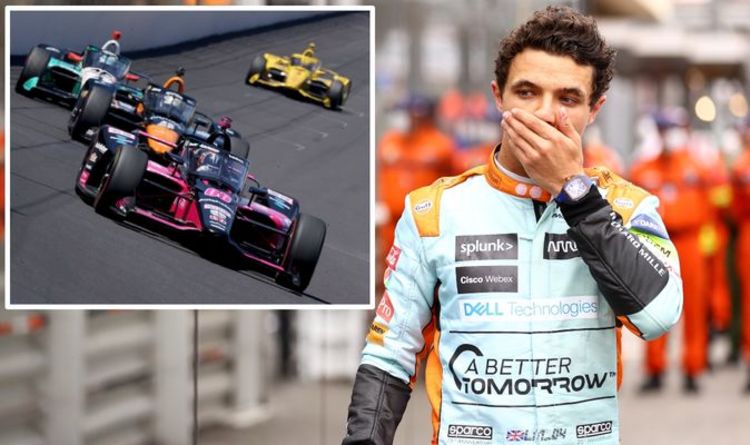 It’s one of American sport’s great annual events and, after a year with the race held in front of empty grandstands, the fans returned once again to cheer one of the most popular drivers on the grid to victory.

Castroneves’ victory saw the Brazilian join an exclusive club a he joined Indy legends AJ Foyt, Al Unser and Rick Mears as a four-time winner of the famous 500-mile race.

And, after watching Castroneves’ win, as well as his McLaren team-mate O’Ward’s excellent performance in fourth, Norris couldn’t stifle a big grin when asked if watching the action whetted his appetite to give the iconic race a try in the future.

“I’m happy with the job I’m doing, you know,” he told Sky Sports F1’s Natalie Pinkham on the live broadcast. 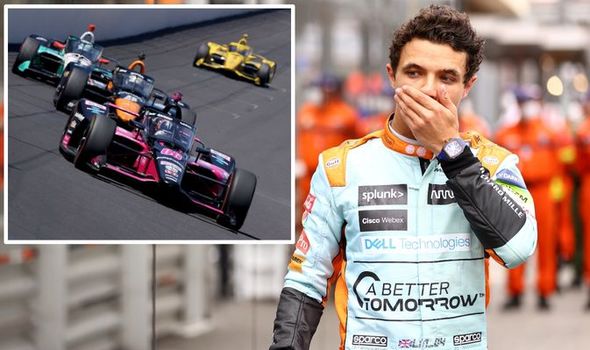 “I’m enjoying and I just have all my focus here.”

“But maybe. Maybe one day, it will shift over to this race.”

The outlet would appear to be there, with the Arrow McLaren SP team working under the McLaren umbrella.

The McLaren team has been open to trying one of their F1 stars in an IndyCar before, with Fernando Alonso switching from F1 to IndyCar to compete in “America’s Greatest Race” on three occasions under the McLaren banner.

Alonso missed the Monaco Grand Prix in 2017 to cross the pond and race at Indy, where he qualified a strong fifth and led the race for 27 laps before he suffered engine issues and finished 24th.

Alonso returned in 2019 with a full-time drive in the IndyCar championship, but failed to make it through the qualifying rounds for the big race.

He then had a third crack at Indy in 2020, but could only manage a 21st-place finish. 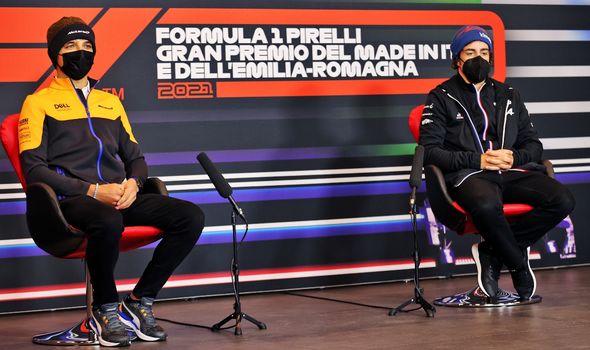 And, speaking on stage together prior to the F1 Grand Prix at Imola in April, the pair briefly discussed the option of Norris following in his predecessor’s footsteps and testing his mettle on the 240mph oval sometime in the future.

When asked about the possibility, Norris asked Alonso, “Is it scary?”

But, as is often the case with top drivers, fear rarely comes into the equation, as Norris admitted he’d be interested in the possibility.

“It’s not something I’d say no to,” he admitted.

“I would need to try it and see what it’s like first. Give it a little test or something.

“I think I have my aim and my focus for the time being in Formula 1.

“Maybe in the future, it is something (where) I would think about it a little bit more.

“It’s definitely something I wouldn’t say no to if I got a test or something in the future.”