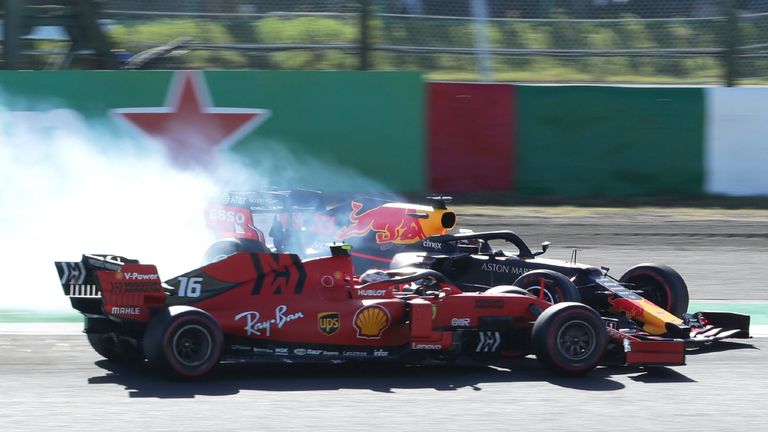 Max Verstappen accused Charles Leclerc of “irresponsible driving” after their collision at the start of the Japanese GP – which the Ferrari youngster was handed two time penalties for after the race.

Verstappen started well from fifth and moved around the outside of Leclerc at Turn Two but the Monegasque took the racing line and shunted into the Red Bull. Verstappen spun while Leclerc picked up damage, but Verstappen later had to retire while the Ferrari youngster eventually finished sixth after a recovery drive packed with plenty of overtaking.

But Leclerc received a five-second sanction for clashing with Verstappen as stewards ruled he was “predominantly at fault”, while he was also given a 10-second penalty for carrying on with a broken wing beyond the opening lap – and then carrying on for a further lap after it had broken apart and debris fell onto Lewis Hamilton’s Mercedes.

The combined 15-second penalty dropped Leclerc a place to seventh.

Speaking before he and Leclerc had met the stewards, an angry Verstappen told Sky F1: “We had a really good start for once, that was a positive.”

My mistake in Turn 1. It ruined Max's race and put ourself in a bad position for the remaining of the race.
Mexico next ??
?: @F1Gregory pic.twitter.com/BfncHTkk0Y

“From my side I don’t think I could have done anything different there. We all know that you lose downforce behind the car so that is not an excuse and I think he is experienced enough to know that.

“The weird thing is initially they didn’t investigate it right away. My whole car is destroyed. The whole side. There are just holes in the side of the car. And now they will investigate it after the race. What more should he do to get a penalty?

“I like hard racing, but I don’t think this was hard racing, I think it was irresponsible driving into turn two. He had a bad start so for sure he was trying to recover places but there’s only so much you can do. It’s a shame that it happens.” 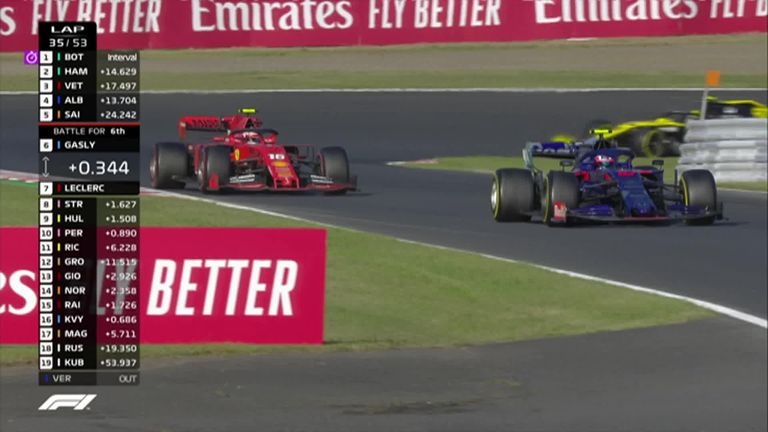 Speaking to Sky F1’s Rachel Brookes, Leclerc said: “I haven’t seen the full situation from the outside… from the car it was just a tricky situation.”