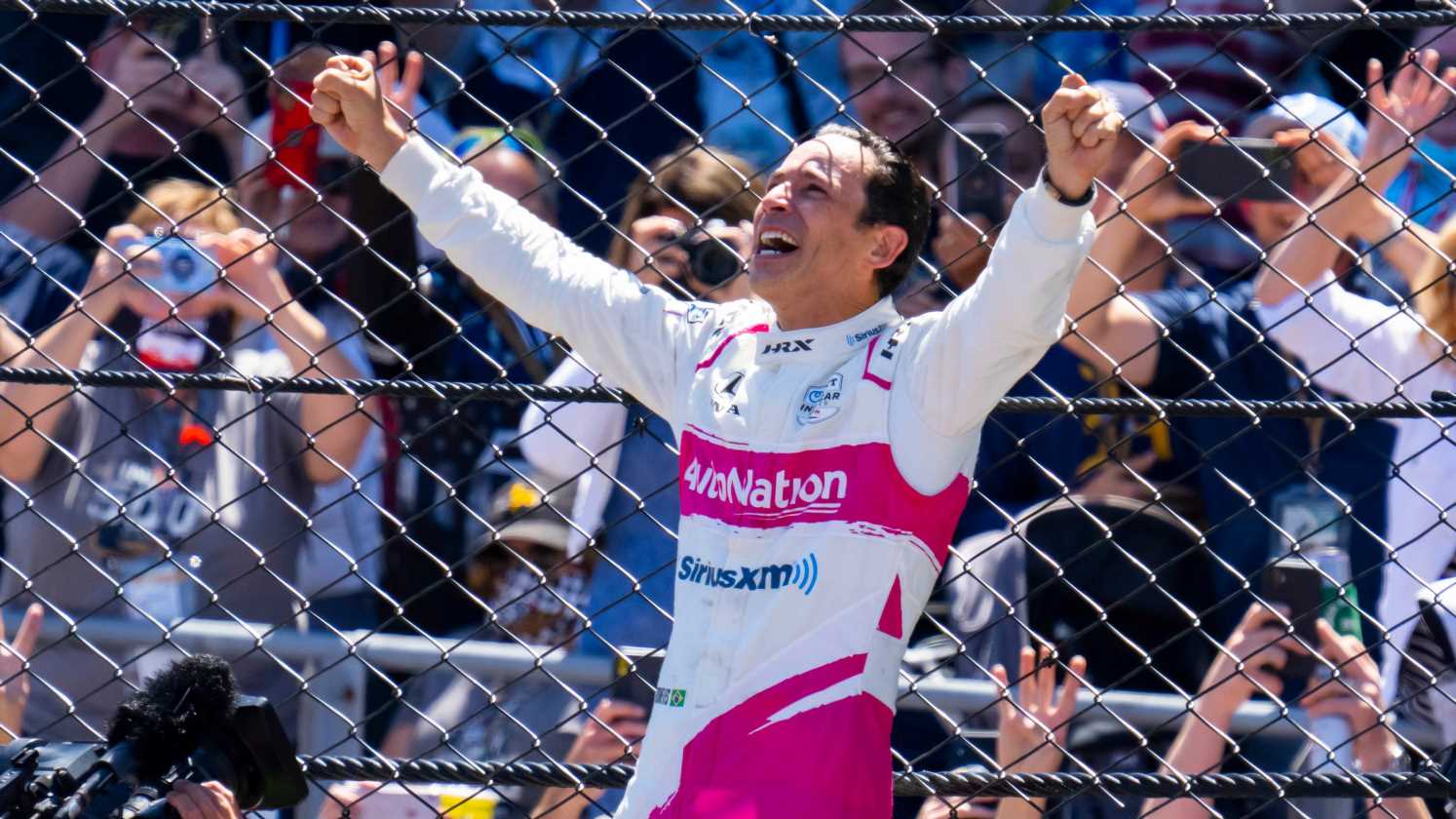 INDIANAPOLIS – The drought is no longer, and Spiderman lives on.

To cap a chaotic, pass-happy Indianapolis 500 Sunday afternoon, Helio Castroneves gave the 135,000 race fans a gift to make up for their absence at the "Greatest Spectacle in Racing" one year ago.

The longtime Team Penske driver, who won this race in 2000, 2001 and 2009, delivered his new team Meyer Shank Racing its first-ever victory by holding off Chip Ganassi Racing’s Alex Palou on the final lap to secure his fourth Indianapolis 500 victory.

The win puts Castroneves in one of IndyCar racing’s most illustrious clubs. He joins A.J. Foyt, Al Unser Sr. and Rick Mears as the only drivers to win the Indy 500 four times in the race's 105-year history.