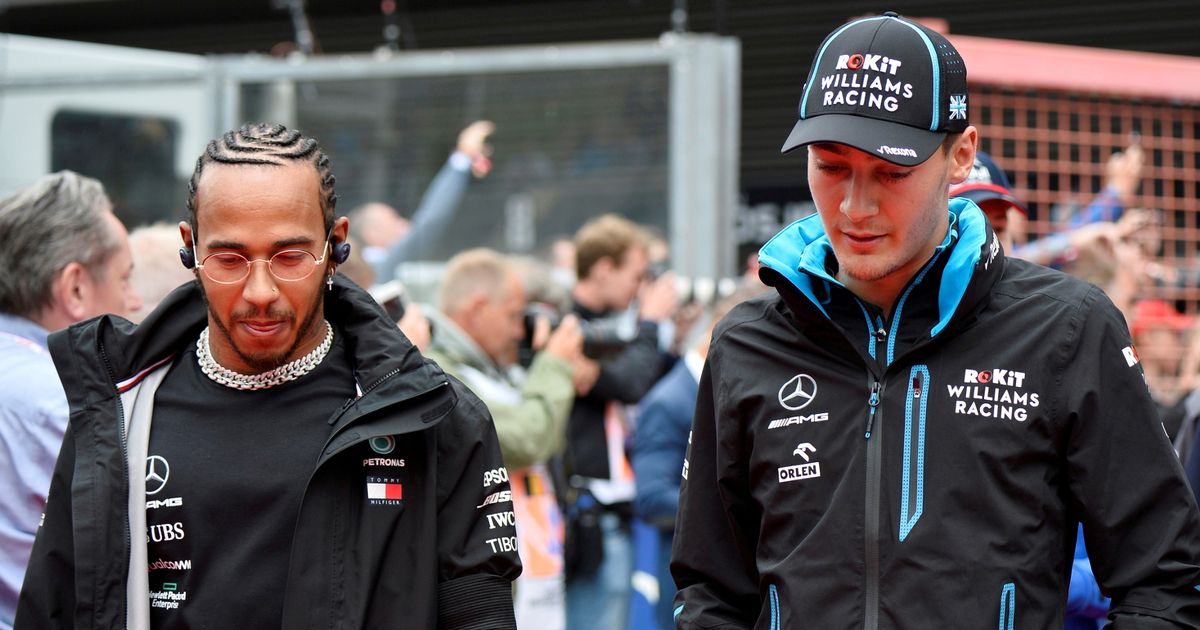 F1 star Lewis Hamilton has publicly welcomed the news that fellow Brit George Russell will join him at Mercedes next season by sharing a special moment between the pair when the latter was an aspiring young racer.

The 23-year-old's switch from Williams to the Silver Arrows was the worst-kept secret in the sport, with the move expected to happen long before official confirmation came on Tuesday morning.

It sets up an exciting all-British pairing at the Brackley-based team, with seven-time world champion Hamilton expected to be challenged for the title next season by his new teammate.

The 36-year-old is said to have wanted his employers to stick with Valtteri Bottas for the other seat, with the more compliant Finn playing a key role in each of his last four championship successes. But he greeted the news of Russell's impending arrival warmly, at least publicly, by sharing a heartfelt message on social media.

Hamilton took to Twitter to post a photo of the pair sharing a fist-bump in their racing suits, next to a much older snap of when he met Russell as a child racer who was still dreaming of a future career in F1.

Along with the photo, Hamilton wrote: "I want to take a moment to welcome George Russell to the team.

Do you think Russell can challenge Hamilton for the F1 title in 2022? Let us know in the comments section.

"I remember meeting him when he was young, dreaming of one day being a Formula 1 driver. I'd only just reached my own dream of becoming an F1 driver, so I know what this day means and how it will feel for him.

"He is a great example to all the kids out there that dreams do come true when you chase them wholeheartedly.

"Through hard work he has rightly earned his spot on our team.

"I look forward to seeing him grow as a driver with this great team and working with him to raise this team higher. See you next year."

Russell sent a short public reply to his future team-mate: "Appreciate it Lewis. Looking forward to working alongside you."

Many have wondered if there will be a fiery rivalry between the pair when they race for the same team, with Hamilton keen to keep competing at the top and Russell eager to prove himself and win titles of his own.

The 23-year-old has insisted, though, that his priority will be with the team over any personal ambition.

"My ambitions and goals are incredibly clear and I want to become the F1 world champion, but I would never put my own agenda or my own goals above the team no matter who my team-mate is," he said.

""That’s the same here at Williams now. I would never do anything to hurt my relationship with my team-mate and I recognise that to be able to achieve your own goals, you need the team to be operating on all cylinders.

"That team spirit and dynamic needs to be at the top of its game just to be able to achieve the team’s objectives.

"If the team achieves, then as a driver you have a shot. But I never put my own agenda or goals above the team's."